The Lowdown on Loyalty 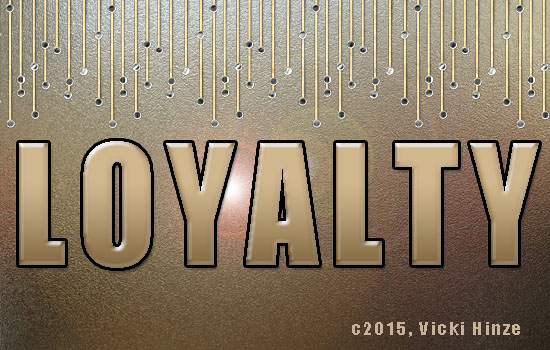 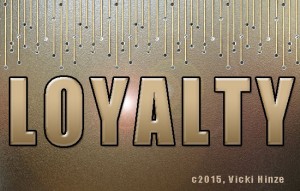 One who accepts loyalty without giving it rarely deserves it.

We used to hear a lot about loyalty. About how you repay kindness with kindness and forgive those who are unkind to you.

Depending on who did the telling you about it, (read that: informed you of what is and is not socially and morally acceptable in your behavior), you likely heard some version of unkind people are ignorant or uninformed (they don’t know any better/weren’t taught any better), or they’re unstable and can’t help themselves. You, you were told, to be the “bigger” person.

That absence of personal responsibility alone—giving people behaving badly a pass and not holding them accountable—could explain why we don’t hear much of that type of teaching anymore, though we haven’t lost our sense or our ability to discern and we still know that some people do behave badly because they are ignorant and uninformed. And the truth is, we do have people who are unstable, either mentally or chemically unbalanced as a result of their own actions or genetics or circumstances beyond their control. But—and it’s a big one—we also have a society that often interprets kindness as weakness.

Frankly, kindness being interpreted as weakness baffles me and it always has baffled me. Why?

Because it embodies the absence of logic. It reeks illogical. Think about it for a second. It takes far more self-discipline and self-control—far more strength—to be kind to those being unkind than it does to vent your temper and take them down a peg or two. It takes far more strength to lead by example, maintaining your dignity and striving to be fair, than it takes to verbally clean someone’s clock or to put them in their proverbial place.

Then we have the others. Those who are manipulated, used, abused, and actually lied to in order for the manipulator/user/abuser/liar to achieve a specific desired result—their loyalty. They want your loyalty and will do or say what they must to get it.

Yet there’s a big difference it getting loyalty and keeping it. Let’s look closer at this.

On a broad scale, for example: Headlines and many news sources deliberately mislead us. They include only the portions of some news story or event that fits their personal preferences, their views, their narrative. They include in their reports only that which supports what they want us to think.

They slant what they choose to report, and choose not to report the things that don’t lead us to conclude what they want us to conclude. That, of course, nixes journalism and “news” becomes their opinion. Facts are lost or buried.

The majority of our news sources now are opinion, nudging us to draw the conclusions they want us to draw. We, not having just the facts or all the facts, are the victims. So is the truth. They don’t see this as lying to us. We do see it as lying to us. And sooner or later, we discover the full facts or the story, and our loyalty to those we trusted to tell us the truth is shattered.

These types of tactics are not uncommon throughout society. They are by no means limited to news. Diversionary tactics, all manner of tactics to gain our loyalty, which requires our trust, are common. We see evidence of it in companies, in governments, in organizations. We see evidence of it at work and at home in our professional and personal interactions with other human beings. People in and without authority over us and our lives engage in these types of tactics all the time. Why?

It’s important to remember that no one sees themselves as a bad person. They’ll rationalize, improvise, and distort to prove their point, to gain agreement, to avoid responsibility or blame. They’ll do these things to gain support, to redirect support, to guide others into thinking or believing that they are a good person, a wise person, or a person who is doing the right thing. Even if it’s the wrong thing, they’ll use these tactics to convince us that they’re doing the wrong thing for the right reason.

The human being in us knows we all crave approval and acceptance. We all want to be thought well of by others. We all want something. Some remain true to themselves and their principles and let the chips fall where they may. But some will do anything to anyone, anywhere by any means necessary to get what they want.

Their reasons are as varied as they are. Some want glory, fame, money; some want other things, or something specific. All want power over you and to control you, your thoughts and actions.

Controlling you is their ticket to not only get what they want but to continue to get what they want. They engage in tactics believing if they’re crafty enough, smart enough, ruthless enough, they’ll get what they want—before you know what hit you. Then, of course, you’ve ceded and it’s too late to change. Done is done, and some things can’t be undone.

We all know that once trust is broken, it’s never fully restored. We can forgive, we can’t forget. We can put the past behind us, but at the most inopportune times, doubt raises its head to niggle and nag at us, to plant questions in our minds. Are we being deceived, manipulated, played for fools again? We wonder.

The same thing happens with loyalty. We give our loyalty to someone, and provided they honor it and respect us, we keep our loyalty to them, believing that it has a good home. But if we discover our loyalty has been misused, that it holds no value to and isn’t respected by that person in whom we’ve placed it, it’s gone. We take back our loyalty and we often refuse to give it again. At least, not to that individual. And sometimes not at all.

Because that’s human nature, many feel justified in lying and deceiving to retain others’ loyalty. They’re not interested in how the loss impacts the person who is betrayed. They’re interested in not losing loyalty and what impact such a loss will have on them.

If they have to lie, cheat, steal or otherwise contrive to keep people loyal to them, then that’s what they’ll do. They’ll pay lip service. They’ll say what they think you want to hear. They’ll commit acts that oppose what they claim as personal principles to keep you and your loyalty safely in their camp.

But here’s the thing. The truth always comes out. Often not as quickly as we’d like. Often in ways that cause us pain and maybe even break our hearts. Some truths revealed shake us to our core, change us forever. Some truths shift our entire perspective and make us question if what we believed was true was ever true.

Oh, we get angry and upset. We might rage and confront. But deeper than that, we’re wounded, and wounds scar.

Some carry those scars as badges of honor. Lessons they’ll never forget or repeat. Some consider it all and deduce it’s the betrayer’s loss and go on with their lives, a little slower to align themselves and give another their loyalty in the future.

Some swear off loyalty and insist they’ll retain it for themselves forever. Never again will they trust, give their loyalty to another human being. What’s in it for me? becomes their mantra, and they exercise it with steadfast vigor consistently.

You see, loyalty contains a touch of love. It’s seated in the chambers of one’s heart. It allows us to see through kind and compassionate eyes the acts of the person we’re loyal to, and to excuse their infractions because we think we know their hearts. We insist we know what they meant, their intentions, not what they actually said or did—and sometimes we do. But not always.

So when someone we’re loyal to crosses us, disrespects us, shows a lack of appreciation and regard for the heart-given gift of our loyalty, we’re done. Apologies may come, explanations may come, justifications may come, but we can’t go back. Never again can we enjoy the innocence of total confidence or faith in someone who abused us and our loyalty. Our mind might want to do it, our intellect might tell us it’s smart and wise, but our heart just won’t let that happen.

It’s like being heartbroken for the first time. Before our heart is broken, we have no frame of reference for heartbreak. When it happens, we feel every last ache and piercing. We suffer the full brunt force of every single low and we question our actions on every word, every act, every move we’ve ever made.

Once heartbreak happens, we know it can happen. We know that our hearts can be broken again. So when they are broken again (by the same person or another, the same situation or another), we hurt but it isn’t with the same intensity as the first time. We’ve been down this heartbreak road before. We know what to expect. We know how heartbreak feels, and what it’s like to be heartbroken up close and personal.

Having our loyalty kicked to the curb like a piece of trash has the same sort of impact on us as heartbreak. We get the full-blown impact of that trauma once. But the second time it happens, we’re more prepared. We have insights and knowledge we gained from the first heartbreak, and while it hurts and makes us miserable, the second (or twenty-second) heartbreak just doesn’t have the same power it did the first time.

We’re cut. We bleed. But the cuts aren’t as deep.

Loyalty is an admirable trait. It’s a worthy trait. But it should be given judiciously. Cautiously. Sparingly. And only in circumstances and with people who have proven they will wear that power you give them lightly. Reverently, with respect and an awareness of its value to them and to you.

Because loyalty isn’t a one-way proposition. It’s a mutual proposition, given freely and accepted with responsibility. Loyalty should be earned. Treasured. Warranted. And all parties should acknowledge that the street upon which loyalty runs goes both ways, heart to heart.

One who accepts loyalty without giving it rarely deserves it.

And that’s worth remembering—in our stories, and in our lives.* 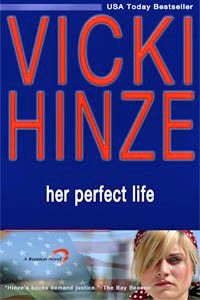 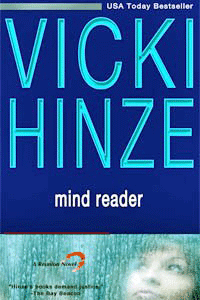 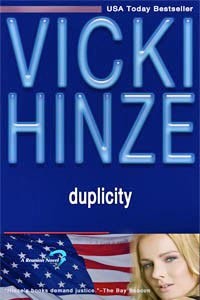