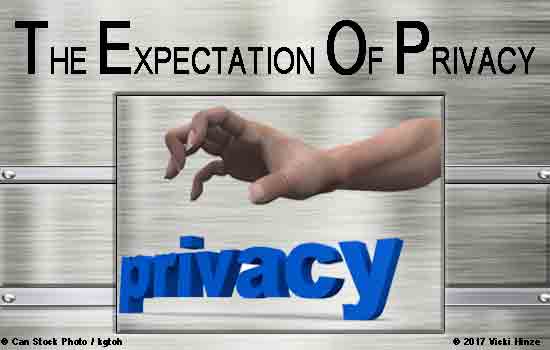 Not too many years ago, people had an expectation of privacy that was mandated legislatively and widely respected.  Some are under the illusion privacy is still respected. Others have experienced incidents that prove to them, in their own personal case, it is not.

Recently, I had two experiences that put me in the “not” category.  I received a phone call from a pharmacy in the State of Washington.  My prescription, the voice mail said, was ready for pickup.  Quite a feat since I haven’t been in Washington for years.  So I phoned the pharmacy and reported the error.  My first thought was identity theft.  (Another brush with it, I did not need.)  But in a call-back, I discovered this pharmacy had access to my private medical information.  That was a bit of a shock.  It also reported that there had been a mix-up in that the prescription was for a woman with the same name. A bit of revealing her medical information occurred in explaining the mix-up to me.

The point driven home was that my medical information was available to a pharmacy I’d never been in, never purchased a thing at, or had any prior contact with.  The point, for me, was punctuated. My private information is not private. And that raised the question, to whom else is it available?

So far, I’ve narrowed down accessibility to any government entity, insurance entity, or medical entity.  But that doesn’t include the pesky little phrases in the disclosure statements that authorize sharing my information with others as these entities see fit.  So, the bottom line I’m reading is:  at the discretion of others, my private information is totally accessible.

A couple years ago, non-medical information was “compromised” in a hacking incident that impacted a very large number of people. Two members of my family were strongly impacted.  One had a fake charge account opened and used. Thousands of dollars were charged to this account in one day of purchases by the thief or his/her successor.  The challenge was removed and time-consumptive steps were taken for prevention. But any illusion of privacy was shattered.  There is none.

Several years before that incident, a friend was the victim of identity theft and someone in the country illegally assumed her identity to pay federal income taxes. This created havoc for her for two years—with her own tax payments being refused and returned to her. Each time, getting to a resolution took time, energy and money. That incident still necessitates special actions on her part to pay her own taxes under her own identity and for those payments to be accepted by IRS.  The thief who stole her identity has also stolen a lot of her time, dealing with this, and her money, paying professionals to assist her in dealing with all this.  She’s first in line to say there is no privacy. (Her information was stolen from an office she visited for professional services.)

In another case, a man was refused medical treatment because he had supposedly already received it.  Only he hadn’t.  Someone had stolen his insurance information and his identity and had received treatment while impersonating him.  Straightening out what happened took time and money, but he did finally do it and get his medical treatment.  (Apparently, this is or is becoming a trend, so when you get those explanation of benefits statements, review them!  They’ll give you a heads up if something like this is happening to you.)

Yet these are not the sum of the challenges to our personal lives relatable to issues privacy or the lack thereof.  Just yesterday, an article emerged stating that every PC has a backdoor into your system. Everything on your computer is accessible through that back door.  A photograph of the owner of Facebook was also making the social media rounds. The camera on his office computer screen was covered—preventing anyone “looking” to snap photos of him in this private setting.  On seeing this photo, I was reminded of a briefing that the FBI’s Comey gave late last year in which he stated that people knew they should keep their computer cameras covered to prevent being photographed when at their computers.  Some heard the briefing, some remain clueless that this photographing and privacy invasion is possible.

Also, an article was published yesterday (others have appeared earlier) revealing that mobile phones, televisions, and other electronic devices are capable of spying on owners—in their homes. At the location of the devices.  Locations where people have an expectation of privacy. Like when the door is open on your microwave, others can listen to what is being said in your kitchen, or wherever it is that microwave is located. Same goes for “smart televisions” even when they’re turned off. And in yet another article, in an offhanded comment, a man said dishwashers would soon have spying devices. The proverbial “they” would be able to see and hear what’s going on in your kitchen—or wherever you have the dishwasher installed.  That our own entities are invading our privacy is bad. But there are reports that some entities are foreign—like the reported deal with Samsung on its smart televisions and a European intelligence agency being used to spy on Americans in America.

Recently, the media disclosed Facebook added code to its software in an attempt to open up a new market for its social media site in China.  This coding addition, the report said, is present in the program but not active in the US.  Whether or not it is currently active, it’s a logical deduction that if the code is there, someone will use it.  They’ll find a way.

The bottom line is that while collectively we cherished and protected privacy, we clearly do not now or we wouldn’t condone these invasive privacy breaches. We would insist, even demand, our privacy be respected.

It is true that the media isn’t reporting on this to the level the breaches warrant. That is a disservice to the people the press is supposed to inform. But a lot of information is available for those who seek it.  Now Wikileaks, with its hundred-percent document accuracy rating intact, is dumping documents on these matters.  With one-seventh of what it has already out, the level of privacy invasion is jaw-dropping. And writers of fiction and nonfiction should seek and study it. Why?

Because readers today are making it their business to be more informed.  They’re trusting less and accepting the word of others less, tossing aside political and media spin and slant, and going directly to sources, seeking truth and then making their own deductions.  That means writers—nonfiction and fiction—must seek the truth and present an evenhanded case with insights evident in their writing, or the writer will lose credibility with readers.

As for the expectation of privacy, in my estimation, it’s pretty much shot—at least, for now. Whether or not the people will insist on its return remains to be seen. Either way, wise writers will stay informed to accurately portray what’s going on in their works. Otherwise, the writer loses privacy and readers—for failing to meet their expectations. 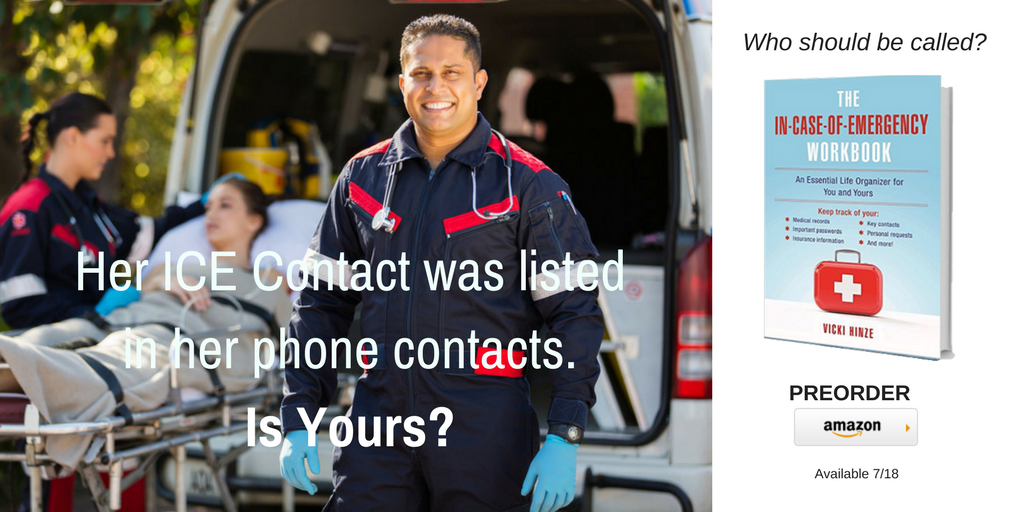 ← Previous Link: Prev: Contest: A Fun Surprise for You! Next Link: Next: Things You Wish You'd Said →