Some Things are Worth Waiting For 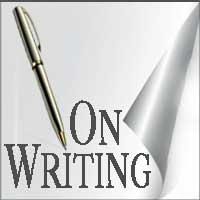 Adding this week’s Social In post to the Library…

Some Things are Worth Waiting For

I’m mostly convinced that writers lack patience. I don’t know if it’s in the requirements list when we’re passed out skills and talents or an acquired trait, but in the last couple of decades, I’ve noted writers are short on patience—and perhaps because they are, tons and tons of patience is required to write books. Maybe it’s a divine opportunity to get patient. You know, a chance for the human beings in us to get what we need. (Notice I did not say get what we want there.) I’m still working through the mental pretzel, but the possibility has merit.

An example. In 2008, I got an idea for a zany (for me) book, Down and Dead in Dixie. The idea, like it does for many writers, came to me fully formed with characters, plot—essentially all the novel elements—and even the title. That fully formed part isn’t exactly typical, but it does happen. I call these “gift” books because not having to work a project like the jigsaw puzzle it is, is a gift.

I loved the story, and soon the idea blossomed into a series, which I titled, Down and Dead, Inc. Then it sat. It wasn’t on my writing schedule, and I couldn’t justify adding it to the next year’s schedule because it a) wasn’t contracted and b) it wasn’t like any of the books I was currently writing. Too much diffusion in what we write isn’t a good thing for a career author. It makes for difficulties in audience-building and wreaks havoc with reader expectations. So the project continued to sit. And wait.

Fast forward five years to October 2013. I had surgery and some complications and during the recovery, it occurred to me that some things shouldn’t wait indefinitely. Down and Dead in Dixie topped my list. For a long time, as a writer, I’ve said we should write every single book as if it’s our last. It hadn’t dawned yet that we should also write the book we most want to write because it could be our last. Then, during recovery, it did dawn on me, and that set me to thinking on it.

I discovered exactly what had dawned: something things shouldn’t wait indefinitely. We don’t know how many more books we’ll have the desire or the ability to write, so that makes it important from the start that we write what we most want to write—every single time.

The realization was a duh moment for me where, if I’d been at my desk, I’d have been butting my head against it. This epiphany should have shone clearly in my mind and in a sense did, but something else always rode shotgun with it: “Don’t mess with reader expectation.” So even if it had occurred to me, and it surely must have, I’d have dismissed the dawning realization on that basis. At least, I would have dismissed it until that duh moment during the October recovery.

Better late than never. Following the dawning, I started the first book, which I intended to be a serial or short story. After the plotting, I realized it was a book and far too complex for a short story, so I set it aside and wrote Down and Dead in Even, a related short story, and reassigned the plotted story I set out to write to be the third Down and Dead, Inc. project, Fern: a book, where it would have the space its story needs.

With Even and Fern settled, I then I went back to the original project, Down and Dead in Dixie. While I had set Dixie aside on publication, I loved it, so I’d written about a hundred pages on it here and there for two reasons: 1) the story nagged at me. 2) I wanted to know what happened and it’s fun to write for the sheer love of it. So I wrote and now I reread those hundred manuscript pages. I kept the first three or four pages and ditched all the rest. (The emotional tone was off and the style too formal to best serve the story. Writing’s all about doing what best serves the story.)

Then I focused intently on writing the book and telling the story I most wanted to tell. It was fun and fast and it’s done and being published at the end of the month. That whirlwind of events created some observations I want to share with you:

1. I waited to write because I thought it was too different. It’s not that different from my other books. It still has a healing theme. It still has suspense, mystery and a touch of romance. But I did add a humorous element. It’s different but not drastically different. Will readers embrace it? I have no idea. My Bridge-Walker BETA Readers have, so I’m hopeful. But the point is, what we think before we write isn’t always what we know after we write.

Lesson Learned: Don’t not tackle a project because you think. Tackle it on the side so you know. Then decide what to do.

2. I had fun writing the book. I’ve never written a book I don’t love so I enjoy writing them (or, more accurately, I enjoy having written them). But this book was fun during the writing. That’s a huge perk. At times, the main character cracked me up, and at other times, she broke my heart. I just loved her. My feelings for the characters and their situation were stronger, and I’m told by by the BETA readers their feelings and investment in the story were also stronger.

Lesson Learned: The author’s investment and infusion does relay to the reader through the work. Writing can be frustrating, but if you love it, want most to write a specific project, your desire and emotional investment comes through in many untold ways to the reader.

3. I wrote part of the book when well, and part of it when ill. Now, I can’t tell what was written when. That’s important to note for those iffy days.

Lesson: Don’t wait until conditions are prime to write. Just do it anyway. That’s the only way you’ll get anything written because life is a series of interruptions and some are really special!

4. There’s an extra satisfaction with writing a book you really want to write and don’t justify. In fact, it was so notably a different experience that I’m going to adopt the policy on all future works. It won’t be what the schedule permits. The one criteria is which book do I most want to write? If it’s the last but most wanted book, that leaves little room for regret. I like that.

Lesson: there’s merit in knowing what you want most. In ways that can be measured and in those that can’t.

This is admittedly a different approach for me. But it now has proven benefits for the writer. I can’t report on benefits to the reader yet because the book isn’t yet out, but I will update you with feedback once I have it. My instincts tell me there’s something special in this that infuses the work. We’ll see if I’m onto something.

The big take away here is that some projects are necessarily delayed. Remember, this project was conceived in 2008 and not produced until 2014. Nearly 6 years—and a full five before full-focused writing. That’s a long time for a story to be shelved and not forgotten. (There’s a lesson in that. If you can’t forget the story, you probably should tell it.)

And because I did, I’ll be doing it again. Writing should be joyful, and in writing what I most wanted to write, it was joyful. That’s significant. A more Zen friend says, “It’s being present.” She might be onto something, too. I know this: It’s been a present to me. And just maybe this kind of writing is being present in the present…

Even without formal findings on results, I can say that if the writer enjoys writing more, then his/her investment in the project elevates. The reader will pick up on that and hopefully his/her investment too will elevate. Instinct agrees with that.

And formal findings and instincts agree that something things are worth waiting for.

← Previous Link: Prev: Look Out: Light a Candle and Be a Bridge Next Link: Next: New Book Alert! Down and Dead in Dixie →

END_OF_DOCUMENT_TOKEN_TO_BE_REPLACED

END_OF_DOCUMENT_TOKEN_TO_BE_REPLACED
Manage Cookie Consent
To provide the best experiences, we use technologies like cookies to store and/or access device information. Consenting to these technologies will allow us to process data such as browsing behavior or unique IDs on this site. Not consenting or withdrawing consent, may adversely affect certain features and functions.
Manage options Manage services Manage vendors Read more about these purposes
View preferences
{title} {title} {title}