Write NOT What You Know 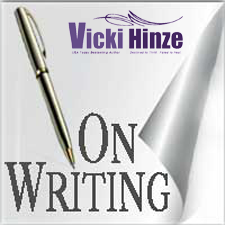 WRITE NOT WHAT YOU KNOW… KNOW WHAT YOU WRITE–AND UNDERSTAND

Writing advice comes and goes.  The advice that sticks through the years tends to be that which contains a universal gem that remains intact despite repeated tests by authors of all kinds.  But there are exceptions…

Write what you know is such an exception.  It’s good advice, but extremely limiting.  For example, few of us have murdered yet as readers we enjoy murder mysteries.  Few of us have traveled to distant planets, visited alternate realities, interacted with aliens.  Yet we love those stories, too.

We’ve never touched or tasted or smelled love or faith or time and yet we know those things exist, as we know compassion and nurturing and hatred exist.  Writing what you know suggests two things, though one is often omitted from thought or discussion.  We know what we have experienced, learned, witnessed.  But—and here’s the part that gets omitted—we continue to experience, learn and witness, so what we know changes day to day.

Perhaps the universal gem would have been more clear if Write what you know had been coined Know what you write.  Because authors are typically armed with keen observation skills, quick minds, and they don’t fear research or new adventures into unknown territories.  That adventuresome mind and natural curiosity positions authors to learn a great deal about a huge number of things.

Yet knowing what you write alone isn’t enough.  It takes understanding what you know to write authentically about anything.

Since readers bond with stories through their emotions, it’s imperative that authors open veins, so to speak, and seek to understand people and their emotions.  When one does,  that author has revealed the secret key, if such a thing exists, to being able to write authentically about even the fantastical.

Let me share an example.  I once wrote a book called Maybe This Time.  In it, the female protagonist could not love.  She didn’t refuse to love, she didn’t decide not to love, she couldn’t do it.  This was a reincarnation story (written years before such a tag existed in the market), and in it, there’d been a short-circuit so to speak that caused this woman to leave her life before she got what she needed to emotionally develop so that she could be capable of love.

I wrote four or five time periods in that book.  Four or five lives of this woman and the times in between—her disincarnate state.

It was well received by readers, won a bunch of awards, and sold well.  Why?  Because it resonated emotionally with readers.  It sure wasn’t because I’d written what I knew.  But I did understand the emotional challenges in what I wrote.

To some this will sound like splitting hairs.  To others it will seem there isn’t much of a difference between the two, but the difference is there and it’s huge.

So whether you’re writing about a world that exists only in your mind, or about a time that exists only in your mind or long ago and far away, before you begin with Once Upon a Time, do remember the value in the gem.  The foreign becomes familiar and the fantasy realistic within the confines of the story, if you establish the rules and maintain them.  If you write not what you know, but know what you write—and understand it.