What We Really See 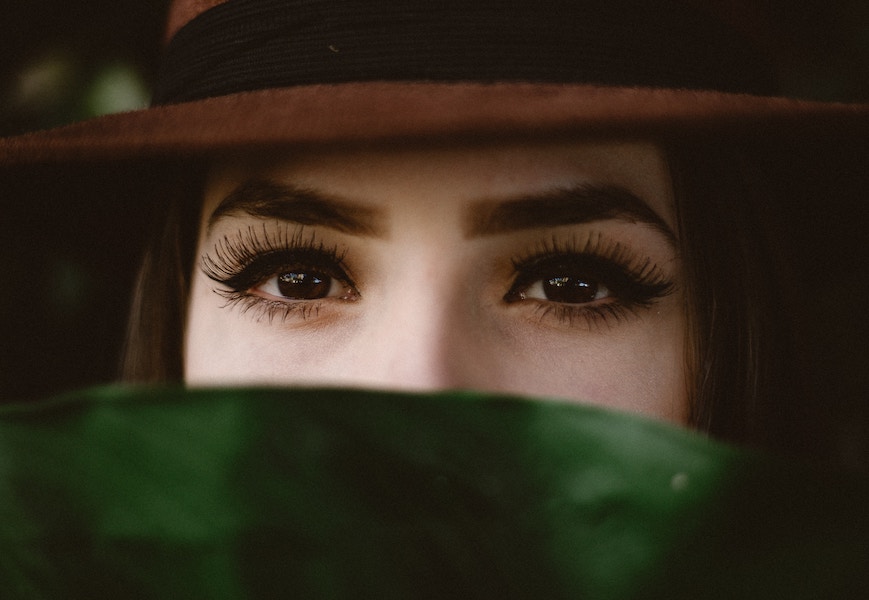 When we look at others, at ourselves, at specific things, do we see them as they are—or as we are at that moment in time?

It’s an interesting question worth exploring, whether contemplating it for characters in a book or for life.  Unable to resist, I waded through it and concluded that we see different things in different ways, depending on when we’re looking and our emotional state at the time we’re looking.

Something that appeals to us today might look garish or silly to us tomorrow—or even an hour from now.  And something we thought was ugly can, from a different perspective, be quite beautiful. For example, have you ever treasured something for its sentimental value?  Because it sparked a memory that is important to you?  Because looking at that treasure mentally transports you to another place or time and you want to visit that place again and feel now what you felt then, or to know now what you hadn’t known then?

I have, and it makes me think that who or what we are looking at impacts our reaction to what we see.

How we feel about that person, place or thing can be impacted by totally unrelated things. Doubt it?  Well, let’s look a little closer…

Have you ever associated an inanimate object with someone you dislike?  Someone who hurt you or made you feel bitter or small or insignificant?  Have you not liked that item because you didn’t like the person it reminded you of?

Have you ever seen something, even a place, that triggered a bad memory or made you uncomfortable?  Heard a song that was playing with something that hurt you happened and ever since, whenever you hear that song, you relive that moment?

We all, I think, have had those experiences where something triggers a memory of something we’d rather forget. Or we’ve met someone who reminds us of someone else?  Someone we didn’t like for valid or invalid reasons—or, for a far stronger reaction, someone we fear?

In these cases, the reaction is innate or learned from some past experience.  Occasionally, we’ll make the connection immediately, but there are times when we don’t realize until much later that we’ve labeled this new person with the traits we dislike or fear in the other individual.

Why does that matter?

If we like someone, we tend to mentally and emotionally minimize or even ignore things they say or do that aren’t what we would say or do.  We grant them leeway, cut them more slack and overlook things that we wouldn’t if done by people we don’t like, don’t trust, or have negative feelings about.  We also tend to give more credibility and weight to what is said by those we like. If we respect the person or admire a trait in them, then we give what they say even more weight. We might not always agree with them, but we don’t feel as compelled to disagree with them.

On sight, we form a general impression of someone, and from that moment on, we are no longer objective about them.  What we’ve seen colors our opinions to varying degrees on how we feel about what the other person says, does, and even on their views.

Our initial impression is colored by the strength of our innate and emotional reaction to them.

In writing, we study people.  Their actions and others’ reactions to them.  This is key in creating admirable characters (and characters others love to hate). Like in most things we study, we research, and part of my research has been in the form of experiments. I’ll share a couple of those here so you see my point.

I dressed in jeans and a t-shirt and sneakers.  No makeup and hair a wreck–its usual state, through absolutely no fault of my beloved hairdresser, Dawn. I went to the mall and shopped for three hours in four different stores.  Not once did a salesperson approach me in any of the stores. I carried packages in various size bags–several of them–but received no offers of assistance.

A week later, I dressed in a soft cream-colored wool skirt and top, burgundy heels and a burgundy eel-skin handbag, did the makeup and hair (Dawn would have been proud–as soon as she recovered from the shock) and went to the same mall, to the same stores for similar lengths of time.  In the first two stores, I was approached by two salespersons within minutes of entering their departments. In the third store, one salesperson not only approached me but stayed close and offered to put anything I picked up in the dressing room to try on. In the fourth store, I had two salespersons at my beck and call the entire time I was in the store. Interestingly enough, I had no packages and made no purchases, but I had plenty of assistance.

One could conclude the way I was perceived was the only difference.  But that’s a surface (shallow) conclusion.  The reason goes deeper.

I don’t doubt that the clerks viewed me differently, but perhaps some of the difference was in the way I viewed myself. I walked with more confidence–not afraid I’d run into someone who recognized me.  Because I felt better about me, I expect I was a bit friendlier toward others, too. People sense these things, and salespeople have been sharply reprimanded regularly for saying, “May I help you?”  They likely have a highly developed sixth sense about who to “bother” and who to leave alone.

This wasn’t quite a Shakespeare’s mask–we do things wearing a mask we wouldn’t ordinarily do–but reversed, it ranked similar.

One morning, Dan, an employee, came into the office, whistling and happy.

During the course of the morning, another employee asked, “Dan, are you okay?”

An hour or so later, a third employee approached Dan to sign some papers. When he handed them back, this employee said, “Thanks, Dan. Hey, you feeling all right?”

“Yeah, sure.  Why?” Dan asked.  He wasn’t as certain as he had been earlier, and he wasn’t whistling anymore.

“I thought you might be feeling puny. You know, sick.  Looks like you bleached your face, buddy.”

The guy shrugged.  “Maybe I need to get my glasses checked.”

A couple hours later, a fourth employee interacted with Dan, who now wasn’t as happy as usual and that reflected in his sluggish behavior.  “I don’t mean to intrude, Dan, but you don’t seem to be yourself today.”

“Sick.”  Dan rubbed his stomach.  “Coming down with something.”

That’s the power of perception.

Dan came to work fine, but everyone else thought he looked sick and soon Dan’s perception and the way he saw himself changed.  Everyone thought he was sick, maybe he was sick. Their perception of him convinced him his own perception was flawed. A well man became sick.

Is this uncommon?  Not at all.  Happens often.  We dress and someone says we look good, we feel great.  Someone says a dress is too loose, a heel too high, a neckline too scooped and it changes our perspective–particularly if we like the person who said it.  If we don’t like or respect their taste or style, what they say means less to us, but what others say to us and about us does impact the way we see ourselves.

We might disagree, but even in a dress we felt great in a few minutes earlier, we don’t feel asgreat in now.

Words have power.  Others judge.  We judge.  Often we judge others and we judge the way they judge us.

This interweaving of character fabric is what makes people so interesting.

It isn’t just someone else’s positive or negative feelings that influence us.  That they have any influence with us, influences us.

We like to think of ourselves as strong individuals and unique ones, too.  And we are. No one else is exactly the same because they aren’t identical and haven’t lived an identical life to the one another has lived.  And even if they had approached the exact same events as another, they would experience those events from a different perspective–their own.

Yet to varying degrees, we are touched by others’ perceptions of us and by their reactions to our actions. Take the classic mother-and daughter-in-law relationship.

The mother wants her son to be happy and for the woman he chooses as a mate to be an admirable woman who will share a happy life, be a good wife to him and a good mother to their children. The daughter-in-law wants to be respected and admired and accepted.

It sounds so simple, and yet the horror stories of nightmarish relationships are legion. The results can be devastating or liberating.  The costs high–and ones that are not worth paying, or ones you gladly pay to be free of the nightmare.

Others do exert influence even when we elect not to permit them to influence us.  Take, for example, the divorced couple.  They don’t interact personally, but they share children and in matters regarding them, the couple must interact.

How they share the children and their parental obligations are negotiated.  But their futures are in ways still influenced by their past.  When they’ll take vacations, where they are legally able to go on vacation.  What weekends and or holidays will be spent with their children and which ones will be spent alone. The marriage is over.  The influence in part remains.

How that is viewed depends on the relationship between the post-divorced couple. If they put the children first and work in harmony with what is best for them, then both are apt to be more accommodating. If not, and bitterness and resentment remain, things will be decidedly more difficult.

We don’t tend to go out of our way to help those who hate us. We don’t typically put ourselves out for those who treat us badly or lie to others about what we say and do. That’s human nature, too.

So, what conclusions have I drawn? How do I answer the initial question posed?

When we look at others, at ourselves, at specific things, do we see them as they are—or as we are at that moment in time?

We see them as we see them through our own filters. Filters that include emotional state, preconceived notions, experience, expectations, and what we want to see (rose-colored glasses).

We see them the same way that they see us–as reflections.

← Previous Link: Prev: Why Peggy Webb wrote SNOW BRIDES in the STORMWATCH Series Next Link: Next: Why Debra Webb Wrote Frozen Ground in the Stormwatch Series →