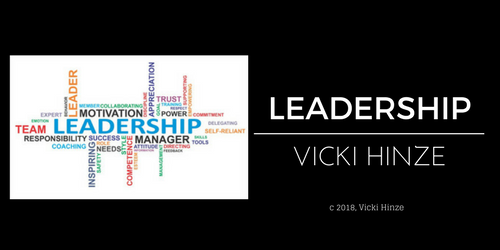 We want, need and even require leadership. It’s essential in a civilized society, in nations, communities, and homes. As individuals, we can’t be experts on everything. We can’t be all and do all. So we seek direction, guidance, and inspiration in others. Those we deem expert or worthy of being leaders.

Leaders walk a fine line. We expect them to be expert and worthy, and yet we know they are human, full of foibles and quirks and as flawed to the core as the rest of us. That creates a paradox of sorts, and leaves mere mortals in a quandry. What, one wonders, must a body be and do to effectively lead?

Probably not as much as you think. It isn’t perfection the masses seek. It’s sincerity. Probably more than you think, considering some who have been tagged leaders in the past, but we’re talking idealistic realism here. Not what we’ve had, but what we yearn to have in those at the helm.

Some say leaders are born. Others say anyone can become a leader. The truth, as history has proven, is somewhere in the middle. Some people are born leaders. They seem tapped into the psyche of the masses and instinctively know what to say or do in given situations. They assume command naturally, not by force, and others are intuitively drawn to them as leaders.

Far more people, however, are those who are informed, engaged, and aware, and their ability to command draws others to them as a result of those attributes. These people are those who rise to the occasion and lead typically due to necessity. We need a leader, they’re capable (if sometimes reluctant) but do what needs doing because they can do it.

Whether born to lead or rising to the occasion, leaders share common traits that others recognize. It’s the recognition of these traits by others that encourages leaders to emerge. Cliff note version of traits follows:

Leaders lead by example. Others see the leaders’ principles and philosophies—what they believe—in not just what they say (talk is cheap) but in what they do (actions carry consequences). And in how they do it.

Leaders do not lie to you. They well may tell you, “I’m not telling you that.” Or, “I’m not telegraphing my plans to the opposition.” But they do not lie.

We understand the wisdom in those kinds of comments and non-disclosures. Beyond that, we’re instilled with confidence in leaders who say these things, because we know by their refusal to disclose that they do have a plan, and the act to not spoil or diminish its success through disclosure has been deemed wise and deliberate.

We’re confident the collective “we won’t be engaging in a bumbling trial-and-error ritual of tossing potential solutions against the proverbial wall to see what sticks” has been avoided. A concrete plan being executed—a sound strategy—always inspires greater confidence than a “We’ll try this and see if it works” approach.

Followers grant leaders this leeway because forethought, mental testing, scenario speculation seated in logic and testing the execution of the plan and its potential outcome—good and bad—have been considered. Had to have been considered or the risks of disclosure and/or non-disclosure would not yet be known. We understand the odds for success and the costs of failure have been weighed.

This projection to us by leadership of preparedness creates an environment for a warm reception from us and that inspires confidence. Confidence is essentional in leaders and required in effective leadership. Speaking, acting with authority and conviction and competence all play a part in encouraging others to place their trust in a leader and to follow that leadership.

It’s a no-brainer that leaders should be honest. Lie once—just once—and a leader’s credibility is shot. Whether justified or not in the leader’s mind, the frgile bond of trust between leader and followers has been violated and broken. Once that breach occurs, then everything—every single thing—a leader has said or done or will say or do is suspect. That unviolated faith in a leader is shattered. It no longer exists.

People understand, “I can’t say. I won’t say.” And they understand, “It’s best for all if I don’t say.” They’ll accept that from a leader if the trust bond is intact. They might grumble and groan, wishing for more information, but they’ll accept it because they trust the leader. If that trust bond has been broken, they will not accept anything but disclosure.

As a leader, there are times and situations where silence and withholding information and actions is required. Mission essential, even. But there is never a time or a situation when honesty is not required.

A couple years ago, the government granted itself the authority to lie to the American people. Propaganda became commonplace. Outright lies, too. Horrific mistake, truly, because what has happened is that now noone trusts anything. Not what they see, what they hear, or what they think. That foolish act violated the trust bond and created a high hurdle that now must be overcome.

A leader living by example, saying what the leader means and meaning what is said who is honest with others fulfills a desire to believe, a yearning to trust in followers, and those qualities inspire naturally. Equally important to the leader, being an honest and trustworthy individual fosters loyalty.

Loyal followers invest in leaders. Physically, emotionally and spiritually. They respect and admire them. They believe in them. They have the leader’s back and trust that the leader has their backs. They believe the leader and his or her actions are driven by a desire to make things better for them. A genuine and not a manufactured desire to make things better for them.

Believing and witnessing these desires being manifested in what leaders say and do, followers then rise up to do what they can do to assist the leader. To fulfill the leader’s needs within the confines of virtues.

Leadership, you see, is a two-way street. And it’s a busy road of communication and working together to achieve mutual goals, and it’s paved with mutal respect. When that respect is given and received, there are fewer potholes, fewer areas of construction, and fewer detours. Respect enables both sides to glide over small imperfections because trust is intact.

The most beloved leaders are those we believe are driven to lead by a desire to improve—people we consider worthy of being followed. And those people, beloved leaders, are always ones driven by principle and virtue. Those foundations rest on rocks not sand. They withstand the tests of time.

Conversely, the absence of those qualities results in the crumbling of those foundations: of institutions and faith in leaders and their leadership. What a mess we have then! But that’s an entirely different subject.

Leaders are not perfect. They’re as tried by life, bear all the flaws and scars as the rest of us. We know this; we are not idealistic children. It is precisely because we are not that we refuse to embrace a leader who lacks integrity, vision and competence, who fails to trust us with the truth. We will never deem a leader as beloved who lacks principles and these virtues.

We might fall for imposters for a time. It happens. But when the truth surfaces—and the truth always does surface—we will soundly reject them. We will process the betrayal and violation of trust, the dishonesty, and be wiser for having been duped. Then we’ll go on, not making the past mistakes in the future. But never again will we embrace the violators.

We’ll be more determined than ever, seeking with vim and vigor, worthy leaders. And we’ll warmly embrace those who espouse the traits we deem essential. Those who prove by their actions and deeds that they respect us as much as we respect them, and who trust us to look beyond the clutter and honest mistakes and judge them fairly.

These leaders, now or later, will be beloved. Because for all our investment in them, they’re investing in us. Not out of necessity, but out of a desire to make lives better.

And that aspiration is worthy of a leader and beautifully encapsulates leadership.

© 2018, Vicki Hinze. Vicki Hinze is the award-winning bestselling author of nearly thirty novels in a variety of genres including, suspense, mystery, thriller, and romantic or faith-affirming thrillers. Her latest release is The Marked Star. She holds a MFA in Creative Writing and a Ph.D. in Philosophy, Theocentric Business and Ethics. Hinze’s website: www.vickihinze.com;. Facebook;. Books;. Twitter;. Contact.; Subscribe; to Vicki’s Monthly Newsletter!

END_OF_DOCUMENT_TOKEN_TO_BE_REPLACED

END_OF_DOCUMENT_TOKEN_TO_BE_REPLACED
Manage Cookie Consent
To provide the best experiences, we use technologies like cookies to store and/or access device information. Consenting to these technologies will allow us to process data such as browsing behavior or unique IDs on this site. Not consenting or withdrawing consent, may adversely affect certain features and functions.
Manage options Manage services Manage vendors Read more about these purposes
View preferences
{title} {title} {title}