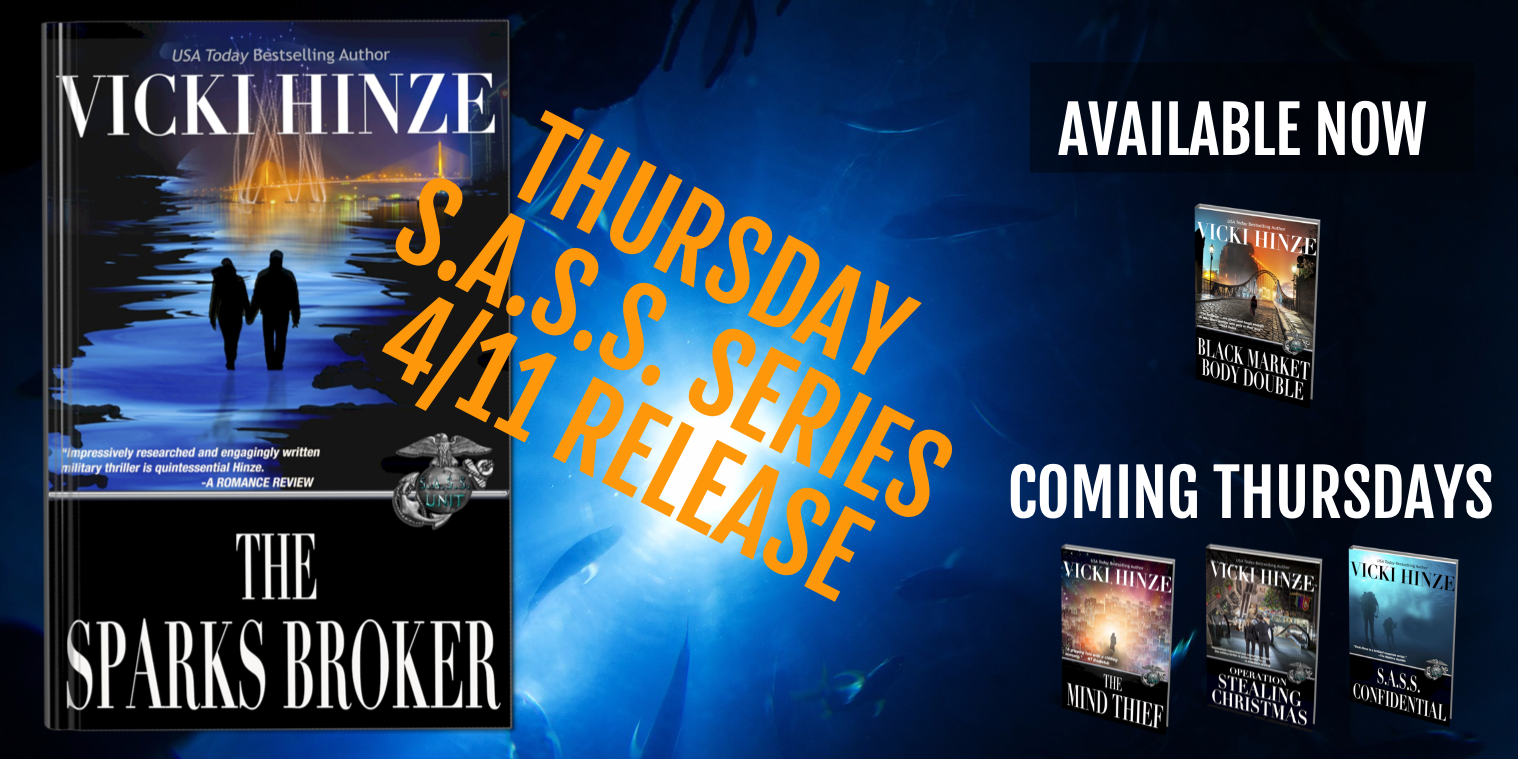 This week, we visit with the S.A.S.S. unit’s Kate.  She’s grumpy, blunt and outspoken, and takes no guff from anyone.  She’s gutsy and loves to blow things up, which makes it a good thing she’s an explosives expert in a place where doing what she loves won’t land her in jail.

Kate is strong and capable, make no doubt about it, but that doesn’t mean she isn’t vulnerable.  It’s a bit hard to see that at first.  She’s a complicated woman and keeps a lot to herself.  At least until she’s sent to find Kunz’s bio-weapons cache, summoned, actually, and she finds a whole lot more.  She finds weapons and POWs and Outpost Commander, Nathan Forrester, a man who essentially stopped living as the result of a tragedy.

Watching these two battle the villains was great. Lots of suspense and octane. They inspired it.  But watching them battle and fall in glorious defeat with each other… that, for me, was the real adventure, and treasure in this story.

END_OF_DOCUMENT_TOKEN_TO_BE_REPLACED

END_OF_DOCUMENT_TOKEN_TO_BE_REPLACED
Manage Cookie Consent
To provide the best experiences, we use technologies like cookies to store and/or access device information. Consenting to these technologies will allow us to process data such as browsing behavior or unique IDs on this site. Not consenting or withdrawing consent, may adversely affect certain features and functions.
Manage options Manage services Manage vendors Read more about these purposes
View preferences
{title} {title} {title}