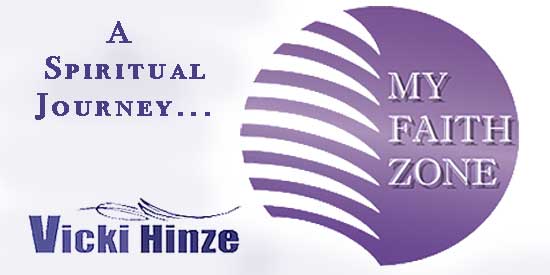 This is, once again, a tough time for believers.

We’re bombarded by news of Christian genocide occurring in an astounding number of nations. Anti-religion attacks are abundant and the challenges created directly impact our lives to varying degrees. We watch a nation condemned and challenged for self-defense against a broadly funded terrorist organization, and we are stunned at the hypocrisies being voiced by so many on so many fronts that it’s hard not to become depressed, not to feel oppressed, and it’s harder not to resent.

A spiritual war is being inflicted—without and within.

Believers struggle to embrace the tenants of their faith and to reject the impulses and temptations to give in and give up when all these challenges in the physical world diametrically oppose the instructions, directions and laws of the spiritual world.

We are flooded with and strive to absorb all that’s wrong and attempt to slot it, to put it all in its proper place, to view it through our spiritual prism and process it in a constructive way. Often, we succeed. But there are times—moments or seasons—when we fail, and a despondency sets in. And if we didn’t know we become acutely aware that it’s a long fall from spiritual calm to spiritual chaos.

But at those times, when we are so close to losing our tenuous grasp on hope, something happens that restores our spiritual balance. Something happens to remind us that goodness and beauty remain and the precipice of the chaotic fall no longer threatens us at core level.

Yesterday, we all had the opportunity to experience such a moment. An opportunity to witness true spiritual liberty within being released into the world and its ability to impact every single witness open to being impacted. (In other words, everyone paying attention or noticing.) That opportunity came, as these spiritual-balancers often do, through an unusual source: Eboli.

Yes, the deadly virus infecting and killing so many in Liberia. That Eboli. And, no, I haven’t slipped over the edge into insanity. Bear with me. Inspiration truly does come in all forms and bad can indeed be turned for good. 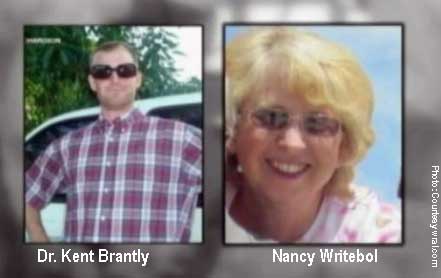 There was a doctor and a nurse who went to Liberia to treat the sick. That in itself is an affirmation that goodness in people still exists, is present and active in today’s beleaguered world. But then tragedy struck. The doctor and the nurse, being in close contact with the afflicted, were infected with Eboli.

Eboli doesn’t discriminate. It doesn’t separate good and evil, people helping or hurting others. It just kills. And there is no cure.

The physical condition of both the doctor and the nurse deteriorated. An experimental serum provided a glimmer of hope. But there was only enough serum for one patient—the doctor or the nurse.

How does anyone choose which one of them gets it? Picture yourself, agonizing over making the call. Giving one the glimmer of a chance to live and denying that glimmer to the other. What a horrific burden, this decision. We cringe, grateful we weren’t the one being forced to make it.

The doctor, who no doubt realized the agony of the burden, removed the challenge from others and took the decision upon himself. He instructed the health care professionals to give the serum—and the experimental glimmer of a chance—to the nurse.

He chose to sacrifice himself and very likely his life for the chance to spare another. That she might live.

Some will say that’s proof chivalry isn’t dead. Some will say the man was crazy; being equal, the doctor and nurse should have flipped a coin or some such impartial thing to decide. But then there are others.

There are believers who, familiar with the Scriptures, know we are charged to love our neighbors as ourselves. (Matthew 22:39) And that mandate logically leads us to associate the doctor’s selfless act to John 15:13: “Greater love hath no man than this, that a man lay down his life for his friends.”

People all over will interpret this one action by this one man in a variety of ways. Selfless. Befitting one who subjected himself to his Hippocratic oath. Amazingly generous. Crazy. Noble. Some will likely even call him sexist.

Before rendering an opinion, few fault-finders, I submit, will put themselves in his shoes, or in those of the nurse, and view the incident from their perspectives. More’s the pity because it is there we encounter understanding and seeds of wisdom. But that’s their free-will choice to make.

People of faith are apt to pause to view everything through its spiritual prism. In it, they will see the spiritual war. A man—a husband and father not eager to leave his family—choosing not just to talk the talk of faith but to walk the walk in faith. In it, they will see an admirable but ordinary man make an extremely difficult choice that put all he had to give on the line, and he didn’t punt, hedge or run away; he made the toughest call. He took up his cross and projected outwardly the man he is inwardly. In it, they will see a man who had a lot to lose willingly choose to sacrifice to spare another.

He might or might not even know that in doing so, he ignited a spark that grew to a flame in the hearts of millions of total strangers. Actually, I think that news would stun him. But truth is truth and he did ignite that spark and encourage the flame. He proved by his actions, by his character, that hope isn’t dead, and it isn’t weak. It’s strong and courageous, brave and honorable and heroic—worthy of emulation and admiration, and deserving of our respect and unstinting gratitude.

He proved to us all that hope lives.

A few more tidbits for thought:

When the doctor made the decision to give the serum to the nurse, if he did so from a place of faith, he fully submitted his own fate, honoring and trusting as we all are urged to honor and trust.

A word on the nurse: Imagine how conflicted she must be. Faced with this choice. Fearing losing her glimmer of a chance, and fearing losing her life. Hearing what the doctor had done—given her the serum. How relieved she must have been—and oh-how difficult to receive this gift! Because on the heels of her elation she would feel the emotionally flooded, blunt-force weight of his sacrifice. Imagine… 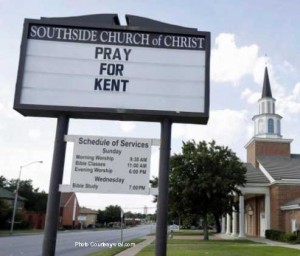 Please pause a moment today and join me in responding to the prayer request (photo above). Let’s pray for the doctor and nurse. In gratitude for them and their efforts, for the restoration of their health, and for the gift of the affirmation of hope. * 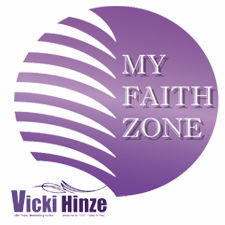 ← Previous Link: Prev: Does Everyone Really Live? Next Link: Next: Thinking Aloud: Mistakes →