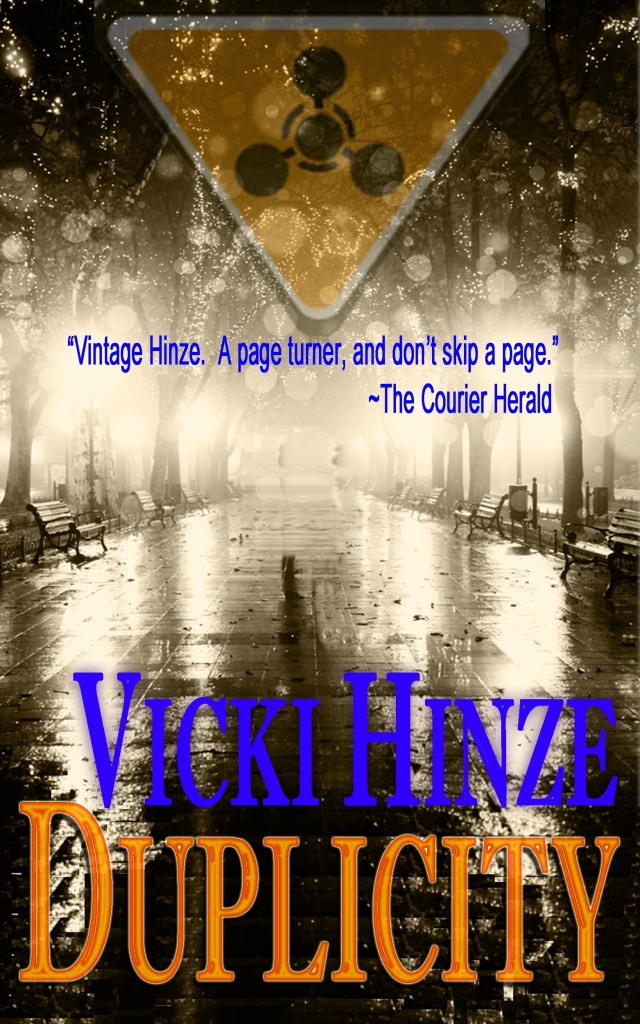 Would you ruin your career for a man you know is guilty?

On the cusp of realizing her dream as a career military attorney, Captain Tracy Keener is ordered to defend Captain Adam Burke, a Special Operations officer who caused the deaths of his entire team.  Everyone knows he’s guilty and defending him will cost Tracy her career, but she has no choice.

Until they’re proven fact. Under cease and desist orders and then threats to drop the case and let Burke go down, Tracy and Adam rebel, push for truth. . . and are targeted for assassination. To their horror, they discover others too are marked for death—millions of Americans Adam and she swore an oath to defend at any cost, including their own lives.

Yet to really succeed, Tracy and Adam must risk more than their lives.  They must risk their hearts.  That proves far harder, trapped in an intricate web of Duplicity.