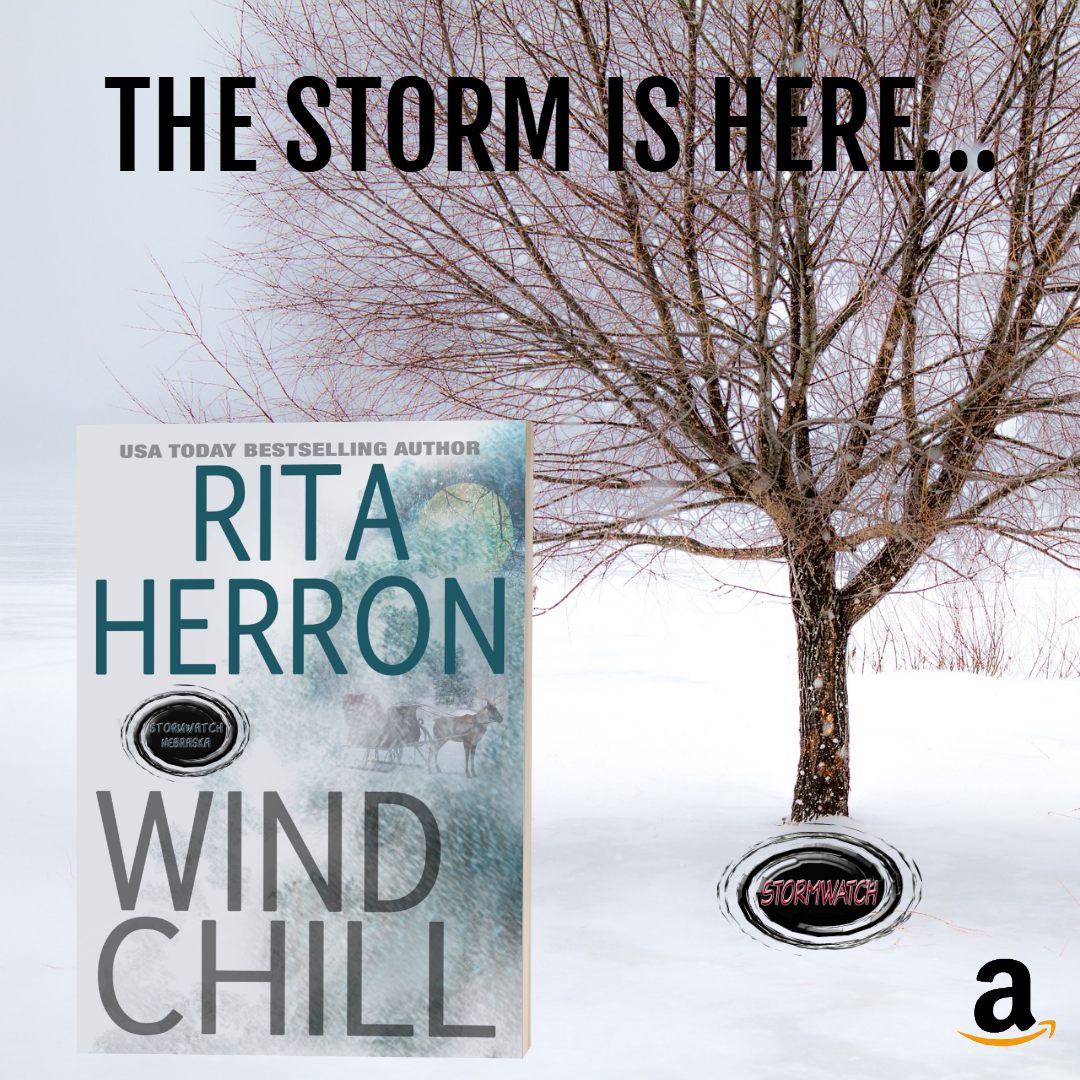 Winter storm Holly is the worst in eighty years bringing high winds, subzero temperatures and snowfall better measured in feet than in inches. The weather paralyzes everything in its path, but in this storm, weather isn’t the only threat.

A serial killer the press has dubbed the Christmas Killer is taking lives…and he’s not finished yet.

All Special Agent Gia Franklin’s sister Carly wanted was for Gia to come home for Christmas.

But Gia avoids the holidays, using her job as an excuse to stay away.  For weeks, she’s been tracking The Christmas Killer, a cold-hearted monster who strangles his victims and poses them with one of the Twelve Days of Christmas ornaments. With nine women dead, and only four days until Christmas, she must stop him before he kills again.

Then he makes the case personal by kidnapping Carly, and Gia must go home.

Aware she may be walking into a trap, she teams up with sexy, local Sheriff Murphy Malone to stop the madness, and save the holiday for her sister and the town.

But the clock is ticking.

And the CK has his own holiday plans – ornaments eleven and twelve belong to the Franklin sisters, and he won’t stop until they’re dead…

Read on for an excerpt of WIND CHILL…

© 2019. By special agreement with the author. All rights reserved. 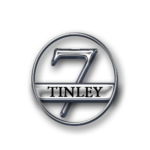 Bailey Huggins hated the cold, but she had a job to do, and today that meant braving the elements to do it. People had to be informed and warned about the blizzard bearing down on the state and its inherent dangers or else they might get caught out in it.

The cameraman motioned for her to stand in front of the “Welcome to Tinley” sign so he could capture the wind battering it and the power lines as they swayed beneath the force.

She did as he instructed, then yanked her snowcap tighter over her ears, already chilled to the bone. But she was a professional trying to work her way up at the station, so as she waited to begin the segment, she pasted a smile on her face.

Rick gave her the cue, and she raised her voice so it could be heard over the roaring wind, “This is Meteorologist Bailey Huggins, reporting to you via Channel 7 news, Tinley, Nebraska. As of midnight last night, a severe weather advisory has been issued for the entire state. Holly, the worst blizzard to strike in eighty years, has already wreaked havoc on Montana and Colorado, leaving fatalities and devastation in its wake.”

Thick snowflakes pummeled her, but she brushed them from her eyes with a gloved hand. “Temperatures have already dropped into the single digits and are expected to land below zero by morning, with the wind chill reaching thirty below in the next twenty-four hours.” She shivered, struggling to keep her teeth from chattering.

“Road advisories have been issued, flights have been cancelled across the Midwest, and power outages are already being reported.”

She paused for dramatic effect. “This is no joke or laughing matter. Everyone is urged to stay inside and off the roads for their own safety. Make sure you have emergency supplies available, along with food and water. Once the storm hits, roads may be impassable, businesses closed, and you won’t be going anywhere.”

She paused again, this time adding a small smile. “Happy Holidays, folks. Unfortunately though, our White Christmas is just about to get nasty.”

Special Agent Gia Franklin was on TV again. Talking about him.

A smile curved his lips as he studied her smoky amber eyes, now filled with distrust and determination as she addressed the press conference.

The Fed was proving to be a worthy adversary. Strong-willed and smart. Calm, yet menacing in the way she stared down the reporters who tossed questions at her like live grenades.

He felt like he knew her. Like she was becoming a friend. Maybe he’d forget the formalities and just call her Gia.

Just as he’d wanted to do all those years ago when she’d ignored him.

She wasn’t ignoring him now.

Gia thumped her fingers on top of the podium. “I’m sorry to report that there are now nine victims of the Christmas Killer.” A photograph of the latest female to die at his hands flashed on the screen.

Only this was a plain picture of her, not the way they’d found her. The beautiful red scarf he’d wrapped around her neck and the ornament he’d lovingly tied to her wrist were missing.

“This is Terry Ann Igley, age twenty-seven. She owned a pet grooming and boarding service that catered to tourists in Gulf Shores, Alabama,” Gia continued. “If you have any information regarding her murder, please call your local police or the FBI.”

His blood stirred at the memory of Terry Ann’s pretty dark eyes pleading with him not to kill her. She had a tender spot for all live creatures, especially dogs and cats, and was organizing a pet parade where owners dressed their furry friends in holiday costumes.

“When are you going to catch this guy?” a blond reporter in the front row asked.

Gia glanced at the male agent next to her, but he simply gestured for her to answer the question. It was obvious she was in charge.

“We are doing everything within our power to identify the perp and stop his killing spree. Since he has struck now in three different states, the FBI has formed a joint task force with law enforcement agencies across the states.”

“He started in your home state of Florida, didn’t he?” a dark-haired male reporter prodded.

The agent hesitated. Because she wasn’t from Florida. Gia Franklin grew up in the small town of Tinley, Nebraska. She’d moved to Florida after she’d joined the Bureau.

She had one sibling, a sister named Carly, who still lived in Tinley, aka Tinsel Town, because each year the town hosted a huge holiday festival with activities and decorations that drew tourists from all over the region.

Carly was blonde and beautiful with the hair and face of an angel. So opposite of her ice-queen sister.

“Florida is my home now,” Gia said instead. “And yes, the first three victims were from the south Florida area, then the assailant struck next in Georgia.”

The raven-haired reporter waved her hand. “Three murders in Florida, three in Georgia and now three here in Alabama. He’s left an ornament from the Twelve Days of Christmas song with each victim. That means he’s not finished.”

The agent lifted her chin, anger radiating from her cool eyes. “Judging from his MO to date, I’d say that’s a fair assessment. All the more reason we need anyone with information regarding the victims to come forward. No matter how small the detail, it might be helpful.”

Laughter bubbled in his throat at the double meaning of the name they’d given him. The Christmas Killer. Fitting that he was destroying the holiday spirit for these do-gooders with his murders. All methodically planned.

His Christmases had been ruined a long time ago.

He glanced at the box of special ornaments handcrafted after the Twelve Days of Christmas song. He’d left the partridge in a pear tree ornament with his first victim. The second, two turtledoves. The third, three French hens. The fourth, four calling birds…

He still had three more ornaments to dole out.

Another reporter cleared her throat. “Agent Franklin, women need to be warned. Do you have a profile of the killer?”

Gia’s chest rose and fell on a deep breath, then she curled her fingers around the edge of the podium with a white-knuckled grip.

“We believe he’s a white male, mid-thirties. He’s methodical, organized and wants attention, as if he’s staging a show by posing his victims.” She swallowed. “He’s charming, average to good looks, blends in with a crowd so he often goes unnoticed. In fact, that may be a sore spot with him. He feels he’s invisible.”

She hesitated, then cleared her throat. “While he may exhibit outward signs of violence, he possesses a dark sinister side and may be suffering from bipolar disorder coupled with manic depression. Most likely, he experienced a traumatic event around this time of year causing the holidays to trigger his rage.”

The reporter’s hand shot up. “Do you have any idea where he’ll strike again?”

She paused as if searching for answers, then stared directly into the camera. “Not at this time. But I promise you I won’t stop until I catch him and put him behind bars.”

His blood heated with admiration and…anger. Gia Franklin had just challenged him.

A chuckle rumbled from deep in his gut. She wanted to make this personal.

Hell, he’d considered making it personal before. Now he would. He’d make it very personal.

He snagged his phone and accessed the airlines’ flight schedules. He’d planned to stay in the sunny South for the last three kills.

Now things would change, and he would up the ante. He’d skip a few states and take Gia back home. Then he’d throw her off her game.

“Nebraska, here I come,” he muttered as he booked the next flight out.

Adrenaline surged through him, and he picked up another red scarf and brushed it across his cheek.

By tonight, he’d be in Tinley with Gia’s sister.

Hope you have enjoyed this excerpt!

A new installment of STORMWATCH releases each Thursday starting December 5 through January 9. Each thrilling full-length novel is a standalone story with no cliffhangers. Don’t miss a single one from half a dozen of the genre’s bestselling storytellers!