SOMETIMES YOUR INNER CHILD JUST NEEDS TO COME OUT TO PLAY

Normally I’m a pretty disciplined person.  But recently a few factors combined at once and my inner child rebelled and insisted it come out to play.  There was the fact that after four weeks of negotiations, they broke down and I walked away from a book deal with an editor I wanted to work with on books I wanted to write.  That disappointment combined with the fact that Hubby and I have been trying to take a vacation for over two years and our schedules just wouldn’t coalesce.

That was compounded by the fact that we’ve been married thirty-five years and yet never have taken a honeymoon.  As with many military families there was either time or money but never both at the same time.  Time was the hardest, I have to say.   We either used it to go home to see family or we didn’t see family.  Looking back, I’m glad we did that because now all those we went to see have passed on.  But the fact remained that Hubby and I had never simply had a honeymoon or a vacation with just the two of us.

Well, I have a book coming out every month for the next 13 months, with one month off during the summer—the hottest part of the year down south.  Not really a great time to be outside overly long.  Heat and humidity?  What to do, what to do?

That’s when my inner child rebelled.  Do it now.  Go now!  And because of those soured negotiations, I was just in the mood to listen to it.  It was time to play.  And what better place to give your inner child free reign than Disney? 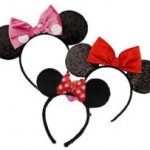 And so Hubby and I booked a suite at Disney’s Cornado Springs Resort, packed our bags, notified the kids we’d be gone, and we took off.  I have to say we were as excited as children, almost giddy.  This was something we haven’t had the opportunity to do—to leave behind responsibilities and obligations and just indulge in being carefree.

The first day was wonderful.  The second was even better.  We did all of Epcot and I had as much fun observing people as doing all the things we were doing.  Adults wearing mouse ears, and mad hatter hats and having their faces painted.  It was hilarious.  My inner child was elated.

Then I stumbled into an ottoman and broke my toe.  Walking was not possible.  I figured that was it on the fun front.  But they had these electric scooters and that seemed like a great idea—until I learned you had to parallel park them.  Guys, I’ll admit.  I can’t parallel park.  Just cannot do it.  But the resort had an alternative—a wheelchair.  So I spent the next three days in a wheelchair and Hubby and I did all the parks.  We laughed, we played, we had fun.  You can’t turn the writer off, of course, so I spent a lot of time people-watching.  Many were kind, some were rude, and more were unconscious, meaning while they are snapping photos, you are quite apt to end up with someone backing into you and landing in your lap.  If you can laugh about that, and we did, you’ll still have a great time.

One thing I didn’t expect was the number of people who address the person pushing the chair about the person in the chair.  That was unexpected and I have to say I gained a new awareness.  These people didn’t mean to be rude.  Actually, I think they intended a kindness.  Not to put more on me than I could bear.  They had no idea what my challenge was or how it impacted me.  Still, that took a bit of adjusting and I have to tell you, I’m retaining that new awareness.

On my birthday, we spent the day at Animal Kingdom.  In the chair, I can’t tell you a lot of what’s there.  On the trails, I mostly I saw backsides and ankles.  It was pretty thrilling to see if we could wander the maze without clipping anyone.  I turned at one point to Hubby and said, “This is not fun.”  We decided to break for lunch and if the experience didn’t get better to abandon it and move on to other things.  On the way, we passed a windowed courtyard that was all but abandoned.  Tigers played in the courtyard.  Tigers are special to me because my dad always called me Tiger.  So here we are, no backsides and ankles blocking the view and I’m parked in front of this widow watching the tigers and one walks up to the widow and is nose to nose with me.  We stared at each other and in my head, I blessed that Tiger.  He didn’t move.  It was an amazing moment.  I can’t describe it beyond saying it was special, almost like a heaven-sent birthday wish from my dad.  A little boy came running over and the tiger walked away.  Things went totally uphill from there.

The last day, it rained all day.  Still in rebellion mode, Hubby and I hit the Magic Kingdom anyway.  It never stopped raining.  We had on rain jackets, declared it was just water and had ourselves a blast.  I stomped so many puddles that day—one-footed.  Those of you know me know that one of my main missions in life has been to prevent other writers from stepping into the same mud puddles I’ve stepped in.  Well, in an odd way, obliterating these rain puddles was eradicating them so no one could step in them again.  (I told you my inner child was at play!)  It was one of the best things ever; stomping those puddles.  Reading this, I can see it sounds silly.  Maybe you had to be there.  It wasn’t silly at all but empowering.  I loved it!

Six hours later, still soaked from the knees down, I started sneezing and snagged a fever. <sigh>   For the last three days, I’ve slept about twenty of every twenty-four hours and felt half-dead.  Today I’m determined to get back to the schedule and the three thousand plus emails waiting.  At least to get started on them.  It’s going to take a while to get caught up.

But even feeling like crud, Hubby and I had a wonderful time and we’re already planning our next trip.  This one with the kids and the angels.  One of the greatest joys for us in this trip was knowing our kids and grands had all just been there and having heard about their favorite this or that and seeing the magic and wonder in them and their reactions to their experiences . . . well, we want to see that first hand.  (Besides, I love roller coasters and Hubby’s not a fan, though he did go on two with me.  Two of the angels LOVE them, so we’ll hit them all!)  And I so want to see the littlest angel in It’s a Small World.  Her dad says she was clapping and awestruck.  What gran wouldn’t love seeing that?

Now if you’re still reading this, you might think it was a lousy trip.  Broken toe, chair confined, and the grand finale, the crud.  It wasn’t.  My inner child had a terrific time—Hubby’s too, as evidenced in a photo of him being choked by a dinosaur and sending a photo to our daughter of us making terrified faces—on a River Boat cruise.  She’s still cracking up at that one.  So are the Angels.  Us, playing like children.  They’re so not used to seeing us in that light.  We’re not used to being in that light.  But we’re going to work harder at getting used to it.

And now it’s time to get back to work.  I have killers to catch and paths to light and problems to solve as well as career decisions to make.  Because of the trip, GIRL TALK was delayed so now I have to focus on its release.  If your inner child isn’t rebelling and you happen to need something to read, remember that NOT THIS TIME, the three SEASCAPE books, MIND READER are now there for you—and GIRL TALK will be shortly.

I did return home to some good news for my readers who like large print. The three Seascape books, Beyond the Misty Shore, Upon a Mystic Tide and Beside a Dreamswept Sea, will be coming out in that format.  I’ll keep you posted as to when.

The biggest lesson in all of this is that there is never a good time to break away.  Not when you’re busy and your life is full and your commitments heavy.  Sometimes you just have to create a window and go.  Your inner child will thank you.