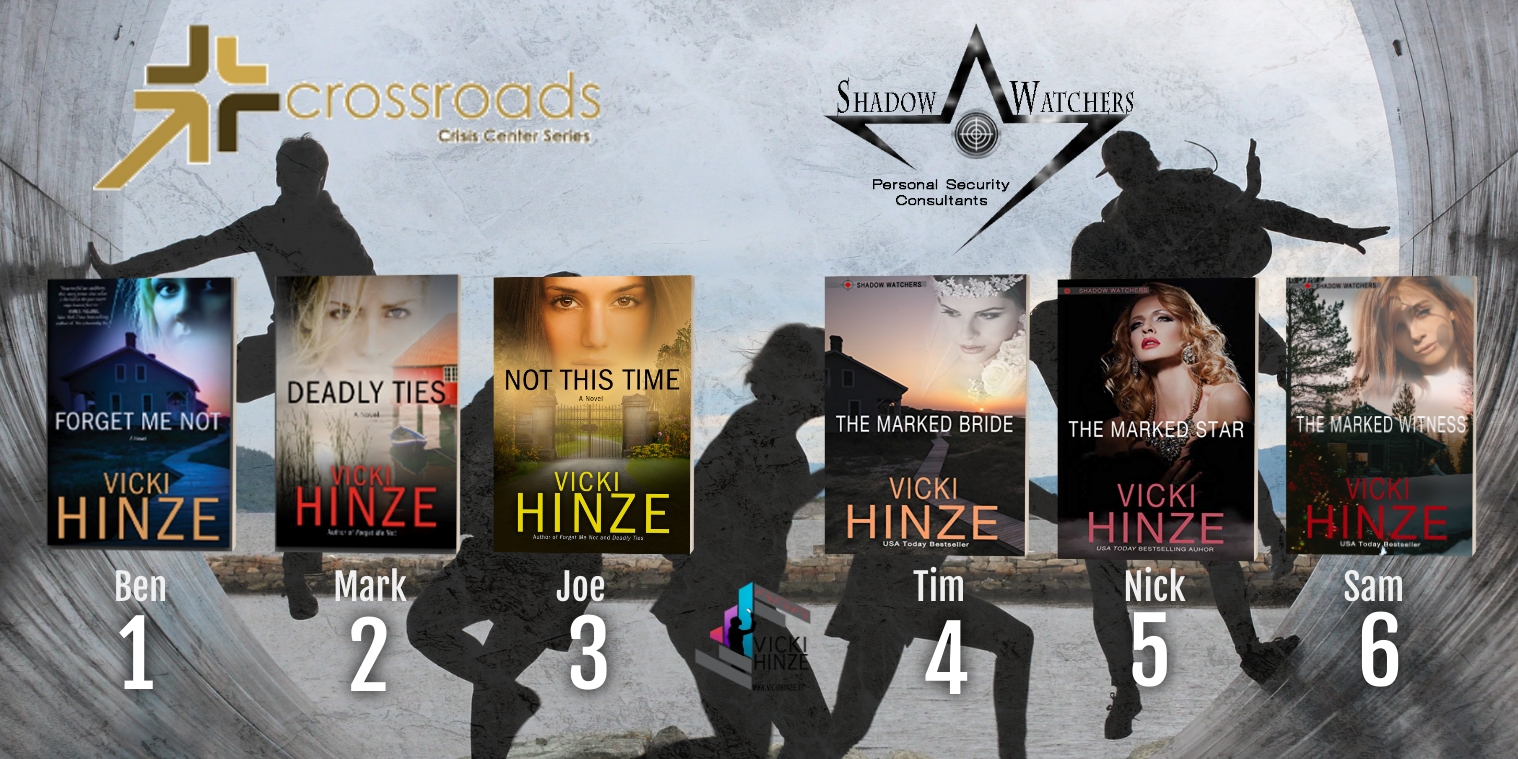 Crossroads Crisis Center and Shadow Watchers complete the series stories on the team!

While things sometimes don’t work out as planned, they do have a way of working out so long as you don’t give up on them.  It’s taken longer than expected due to other commitments, but I’m happy to announce today that with the release of THE MARKED WITNESS, Sam’s story, both Crossroads Crisis Center series and Shadow Watcher series are now complete!

I waited a long time to write Sam’s story.  Life intruded, as it tends to do during certain seasons in life, but now it is done.  I included it in Murder and Mistletoe, a Christmas limited-time-only collection.  Now it’s out as a standalone to claim its rightful place as the last book in the Shadow Watchers series, and with it, the team is all settled in.

Someone asked recently why I write in series so often.  I could say that it’s smart business.  Or that it’s the best way to invite readers to come along from book-to-book.  Those things might factor in for some, but honestly, for me, it’s a matter of loving the characters and the place and not wanting to let go.  I actually contemplated writing more of these stories just to get to hang out in the village a little longer and doing a spin-off series with Omega and his team, but I restrained myself.

A widowed female named Penny Crown captured my attention, and she won’t let go, so I’ll be dipping into her life next.  More on that at a later time.  Today it’s time to celebrate these books.

“Vicki Hinze’s new thriller, NOT THIS TIME, hones suspense to a razored edge.  Riveting, relentless, and fraught with betrayals, here is a novel that cuts both to the bone and to the heart. Not This Time should be retitled Not to be Missed.”  –James Rollins

The Crossroads Crisis Center books are available at your favorite booksellers.  You can find them:

And the stories continue in…

The Shadow Watcher stories are available at your favorite booksellers.  You can find them:

Enjoy the stories and thank you for reading!