Plan B and Going Dark 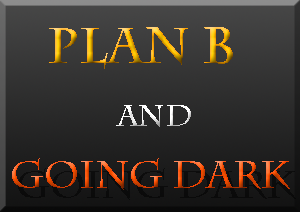 WARNING:  THIS IS A NO-EDIT ZONE…

Yesterday should have been an easy day.  One reading galleys on TORN LOYALTIES.  But it wasn’t.

My laptop died mid-morning.  <sniff>  I can’t complain.  I worked it hard.  But after 6 years, it’d just tuckered out.  I held out hope that it was something simple until I went to the guru.  Nope, it’s done.  “It’s served you well,” he said.  It really had.

So, with no Apple store close, I went to a big box store and bought a laptop—and since my day was wrecked and I’ve been wanting one for a while and it was all so handy, I bought an iPad, too.

That’ll take the mourning out of your day.

So now comes the task of getting things situated, which I tried to do last night.  Since I don’t want all the stuff on the backup on this one, and I’m picking and choosing, it’s taking a while.  If I wanted it all, it’d be a simple tap on the time machine button and then wait—call it done.

Anyway, my galleys are waiting and I’m getting settled.  Who can read and focus when they’re not settled?  Hopefully, I’ll finish playing, er, working–I meant working.  Really I did.–to get settled this morning and be back on the galleys this afternoon.

We can but hope.

So my Plan B day went to C and then to D.  And I will still miss my old laptop, even if it didn’t have all the latest newfangled goodies.  It had more than enough for me and was reliable until the moment it died.  I’m grateful for it, and grateful I could get a replacement.  And I think the iPad will be an adventure for me.

Remember, I so hated cell phones that I refused to carry one until two years ago.  I know.  It’s just that when I leave home it’s to get away for a bit.  Though I confess, it’s nice to have a phone handy if you need it.  I haven’t yet.  But I might.  (I love my phone now, by the way.  I just still don’t know much about using it, though I have become pretty proficient at texting.)

Ah, remember the days when we sat with a pencil and pad and wrote…  There was something dreamy about that.

Mmm, I’m remembering being frustrated too, because my thoughts came faster than I could write.  And edits!  Oh man, doing edits and revisions, with cutting and pasting—literally and whiteout and tape.  What a mess!

Technology is a wonderful thing.  It totally nixed all that.  But it is still nice to get away from it now and then.

I have a good friend, Piper Bayard, who has obviously learned this much sooner than I.  She “goes dark” periodically.  No phones, no computers—she just unplugs and rejuevenates.

I’m seeing merit in that.  Do you?

← Previous Link: Prev: Hot off the Press! Survive the Night Giveaway Today Next Link: Next: WONDERS OF CHARACTER →