Trouble Finds Us All 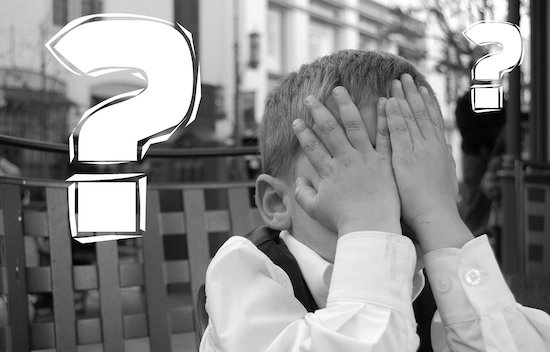 Trouble finds us all.  The nature of trouble is as varied as the times of troubles and takes on many forms.  Sometimes we have a cataclysmic event to contend with, other times a cluster of small challenges.  Don’t diminish the impact of those small challenge clusters.  They tend to hit us at the worst possible time and to feel to us like a huge heap where the hits just keep coming.

The simple truth is trouble and times of trouble impact us all.  We know there are times in life for everything.  Joy and grief, success and failure, weariness and elation.  Good times and bad ones.  Some call these cycles of life.  Others call them seasons.  Whatever you call these increments of time and troubles that fall to us all, there are two things to remember about them:

The boys, a year apart, were five and six.  It was summer, so I’d signed them up for swimming lessons.  One was excited, one was afraid.  We lived near the water and had a boat we were on every weekend, so it was imperative that the boys learned to swim.

Hubby was on active duty in the military then and was flying out on a trip for a couple weeks.  He left home early that morning for the airport; somewhere around five.  Our washer and dryer were in the garage in that house, which we’d finished and carpeted and put a really nice pool table in. I toddled out to get a load of laundry going.  There’s always laundry to be done when you have active boys, right?  Then I went back inside and started breakfast for the boys.

They weren’t excited about eating that early, or getting up, for that matter, but they did.  Scrambled eggs, sausage and toast, milk and orange juice.  The table talk was all about swimming lessons.  The fearful one became more and more unnerved.  The excited one became more and more eager.  They were a handful that morning, and then I opened the door to the garage.

It was flooded.  The washer had backed up and overflowed. The carpeting was soaked.

I got busy repairing that damage—the kids loud—one crying, fearful swim lessons would be missed and one laughing (clearly hoping) they would be.  Watching the clock, I got the mess in the garage cleaned up as well as possible, considering I couldn’t lift the pool table to pull back the carpet to let it dry out.  Naturally, I thought, the washer does this right as Hubby has left on a trip.

Making a mental note to call the repairman, I gathered the stuff mom’s always gather, then summoned the kids and hustled them to the car.  It was nearly time for their lesson.  At least while they were in the water, I thought, I’d be able to sit a minute and catch my breath.

Something was wrong with the car.  I warned the boys to stop arguing about whether the lessons were good or bad.  Of course, they were good, and necessary if we were to go out on the boat.  Then I got out of the car and looked around to see what was wrong. Honestly, I half-expected to see a Big Wheel or some other toy under the right rear tire.    No toy.  That would have been too easy.  Instead, I discovered the rear right tire was flat.

Great.  Naturally, I’d have a flat this morning.  The garage flood wasn’t enough to contend with, right?

Shortly after the flat was fixed, I checked my watch.  Fifteen minutes.  I made a mental note to get the flat fixed, adding it to calling the washer repairman list, then began thinking of the route I could drive to still make the lesson.

Mayhem was going on in the car.  I issued the boys a final warning that if they ever wanted to step foot on that boat again, they’d better knock it off and behave—right now.  I was officially a little frayed.  The youngest, with tears running down his face, opened his mouth and lost his breakfast.  All over his brother, all over the car.

I nearly wept.  Frayed soured to flustered.  I stopped and told myself, “Careful. They’re going to react to troubles the way you do right now.  You’re showing them how to react.”

Truthfully, I wanted to walk inside, crawl back into bed and bury my head under the pillows.  But I didn’t.  This was a teaching moment, and innately, I knew I might not want to, but I had to seize it.

I grabbed the water hose and hosed out the car.  I know. Not the brightest solution or the smartest move I’ve made in my life, but efficient.  While I was at it, I hosed off the kids, too.  And I laughed while doing it.

For a moment, I think they believed I had lost it, but then the stun in them wore off and they started to laugh, too. I finally accepted there were to be no swim lessons that day.  The lesson time was nearly over, and we were still cleaning out the car, putting fans on to dry out the carpet, disinfecting and towel-drying the car seat and mats and floor.

Finally, we get back into the house and the phone rings.  It was Hubby.  He was still “pounding the ramp,” due to mechanical challenges with his plane.  And so he spoke about that for a time, and about how it was going to affect his schedule and the complications the delay brought with it.

This was not a conversation I was interested in having, considering my morning, but military spouses know to handle the home fires so their spouses can focus totally on the mission.  I dredged up a sympathetic ear and listened.

Finally, he wound down and asked, “So how are things there? Everything going okay?”

I paused and debated what to say and what not to say.  There was nothing he could do about any of it.  Telling him now would just cause him more worry—about the carpet in the garage, the washer, and the tire.  “All is well,” I said.

When I got off the phone, the youngest asked why I didn’t tell Dad about all that happened.  I said, I would, when he got home.  He didn’t need to worry about things he couldn’t do anything about while he was away, did he?  He didn’t, the boys agreed.  And we talked a bit about how we all hit snags, brick walls, and have troubles.  Some are a pain, but some actually spare you from worse problems.  You just deal with trouble as best you can with a good attitude.

The car dried out. The carpet dried out.  The repairman got the sock out of the washer’s water hose, which caused the garage flood, and we got the tire fixed.  And for the rest of that trip, we had no more trouble.  The season had passed—in a morning, and the boys and I built the best tunnel system known to kids in the dirt hill in the back yard that would later become a base for the foundation of a storage shed.  Yes, the dirt hill was messy.  Boys covered in caked on mud from flushing out the tunnels.  But no problem. We all had a secret weapon.  A water hose.  I just hosed them off.

Admittedly, these weren’t big problems, but it’s the little ones that bunch up on us that cause a lot of stress and discord.  And once we get into that cycle, it gets harder and harder to get out of it.

Okay, so Hubby wasn’t exactly enthused that I’d hosed down the inside of the car.  Or that I’d scuffed the pool table leg trying to it jack it up enough to get the carpet out from under it.  But when he saw that tunnel system in the dirt pile, and the boys light up about it, he forgot all about the rest.

The little troubles, which these were, prepare us for the big ones.  We’re all going to have troubles—we can’t control that—but we can control our reaction to them.  And we can teach our kids how to cope constructively, too.

Incidentally, the son who was upset about swimming lessons went on to college, majored in environmental studies and spends most of his time on boats and in the water.

Which, in my eyes, proves you never know the plans, even when you’re sure there are plans.  I often wonder if that morning didn’t occur for the hosing and the reaction lessons.  I often wonder if without that day, he who was terrified of water would have chosen to make his life’s work in it.

I can’t know the answer to that, of course.  But I do know when and where he got a couple of solid coping tools.  Like where to look for efficient if unorthodox solutions, to deal with and not ignore the trouble, and when you have dealt with it, to laugh and enjoy playing in the dirt.  For a mom, that’s more than enough.

← Previous Link: Prev: When You Win and Lose Grace Next Link: Next: Why Vicki Hinze Wrote Deep Freeze in the Stormwatch Series →

END_OF_DOCUMENT_TOKEN_TO_BE_REPLACED

END_OF_DOCUMENT_TOKEN_TO_BE_REPLACED
Manage Cookie Consent
To provide the best experiences, we use technologies like cookies to store and/or access device information. Consenting to these technologies will allow us to process data such as browsing behavior or unique IDs on this site. Not consenting or withdrawing consent, may adversely affect certain features and functions.
Manage options Manage services Manage vendors Read more about these purposes
View preferences
{title} {title} {title}