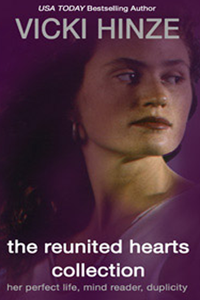 Available for a Limited Time Only

These are Clean Read editions of the works in this series.

If you love romantic suspense and women’s fiction, you’re going to love this set. Personally, my favorite of the set was Duplicity and I think it would make an awesome movie! An all around great series that will keep you glued to the page.

In Her Perfect Life, ex-POW Katie Slater is finally rescued. But coming home isn’t the sweet reunion she’d dreamed it would be. Her life perfect is gone. Her husband’s remarried, her kids are strangers who call another woman mom, and her former co-pilot and best friend, C.D. Quade—the sexy best friend who’d deserted her in the desert—is all she has left. How is she supposed to cobble together any kind of life? As Katie struggles to determine real from tricks of the mind, to build a new life and rebuild relationships, she makes an astounding discovery. Her perfect life hadn’t been so perfect. But this new life holds promise and could be perfect—if she has the courage to face her past and claim her future.

In Mind Reader, Caron Chalmers is an empath. A mind reader cursed with imaging only victims. She sees and feels and endures what they see, feel, and endure—and has since she was seven. But even with perception and insight, sometimes she fails to save victims. Wrongly interprets signs—and a year ago, she messed up and a victim died. Caron nearly died with her. Her “gift” shut down. Now it’s back. There’s another victim—this time, a child—and because of the mistake and the shut-down, her police contact isn’t willing to stake his career on her. Yet he can’t dismiss her, so he calls in help from private investigator Parker Simms: a man with a past as bleak as Caron’s and a specific agenda of his own: proving Caron is the fraud he believes her to be. In a hostile alliance, Caron and Parker seek the truth…and discover a labyrinth of lies and deceptions that require skills and experience they have and trust they don’t but must somehow find before the child becomes another victim lost. The dire situation grows worse, the unthinkable happens, and stakes that couldn’t get any higher soar. The truth, they discover, can set you free…or kill you.

In Duplicity, Captain Tracy Keener, a widow, is on the cusp of realizing her dream as a military attorney. But then she’s ordered to defend Captain Adam Burke, a special operations officer accused of abandoning his team and leaving them to die. Should she ruin her career to defend a man she is certain is guilty? Adam swears he was framed, he’d acted under direct orders. He swears things that can’t possibly be true—or can they? Working together reveals an attraction that won’t quit and corruption at the highest levels—the sacrifice of an entire team. Impossible things! Yet when Tracy defies a cease-and-desist order, the impossible proves fact. Her admiration for Adam grows, their relationship shifts, and bonds between them grow stronger. Yet risking her life is easier for Tracy than risking her heart. She knows loss, and fears it most. The discovery that her heart already has chosen comes too late—after they’re targeted for assassination. At least one of them, it seems, must pay the ultimate price to untangle this intricate web of Duplicity. But which one? 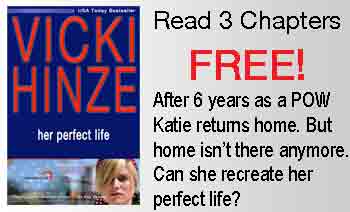 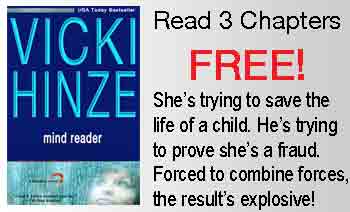 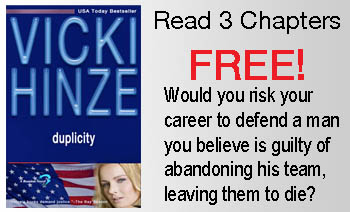