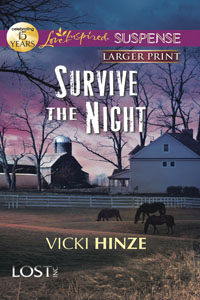 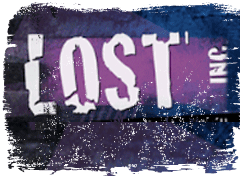 Get Survive the Night

After losing everything, Della Jackson tries to begin again as an investigator.  But she can’t forget the past . .. and neither can someone else. Someone who won’t let anyone–even Della’s best friend, former special operative Paul Mason–stand in the way.  As Della is stalked and those closest to her are targeted, both Della and Paul realize there’s only one way to survive.  They each have to face their greatest fears, overcome the scars of the past and dare to love again . . . before it’s too late.

By finding and helping the lost, these broken investigators heal.

1.  Della feels responsible for an injury she didn’t inflict because it was her duty to protect the victim.  She couldn’t, and as a result she feels she doesn’t deserve happiness or even small things.  She doesn’t feel she deserves even comfort.  Have you ever felt undeserving?  As if good things were meant for others but not for you?   How did you address those feelings?  Did you blame God?  Turn toward Him, or away from Him?

2.  Paul fears getting close to anyone will put them in jeopardy.  More than anything, he wants a family of his own—the family he was denied growing up.  How do you feel your growing years impacted what you want as an adult?  And have you had to forfeit what you want most for the greater good of another?

3.  Della’s husband blamed her for the death of their son, though she was in a war zone far away at the time of his death.   Her husband abandoned her, and she lost everything that most mattered to her.  We often hear of couples who suffer the loss of a child and end up divorced.  Why do you think that happens?  What can be done to prevent the breakup of the marriage, too?

4.  Paul’s parents were self-absorbed.  They loved each other but made little room in their lives for their children.  Paul took on the role of parent to his younger sister, Maggie—so she would grow up knowing she was loved.  Della wondered who had loved Paul, and discovered his uncle Warny discovered the way his parents treated Paul and Maggie and he became active in their lives.  Do you think God compensates in such ways?  Brings someone into our lives to fill a role that needs filling?  Is there an uncle Warny in your life?  Do you fill that role in someone else’s life?

5.  A significant event happens to Della that changes her perspective and encourages her to open her heart spiritually and emotionally.  After a traumatic event that forces a person to shut down, when that person re-engages as she does, do you think then that person is at peace with the past?  Or do you think that bits and pieces of that past continue to influence them the rest of their lives?  And is that influence constructive or destructive or both?

6.  God gifted us with free will.  So He can’t intercede unless we ask.  Asking is difficult for Paul and Della and for many of us.  Was learning that God stands waiting, eager to be involved in the details of our lives a surprise?  Or have you been aware of it all along?

7.  Paul, through his work at Vet Net, tries to help returning soldiers reintegrate into civilian life.  He tries to make a difference, to make the soldiers’ lives better.  That’s very important to Paul, who felt insignificant most of his life because of his parents’ treatment of him.  Have you been around others who have made you feel insignificant?  Have you made others feel insignificant?  What did the firsthand experience teach you?

8.  Della loved her husband and son unconditionally.  When she lost them both, she was determined never to love again—her heart couldn’t stand that kind of pain twice in a lifetime.  And yet love finds its way into her heart, and it terrifies her.  Have you felt vulnerable or afraid to love or to care too much?  If so, how did you work through it?  What was the result?  What would you do the same?  Do differently?

9.  Through no fault of her own, Della had to start over with everything she never wanted.  She felt so lost and alone, and deemed that she deserved to be alone, doomed to suffer.  Have you ever experienced that kind of loss?  That level of isolation?  Did you overcome it?  How?  What role did your spiritual life play in that journey?

10.  It is said that best friends make good partners, and yet one must ask, “What if the partnership fails?  Then I’ve lost it and my best friend.”  That’s the situation for both Paul and Della.  The risks are high.  Are they too high to pay?  Would you risk losing your best and only true friend on a partnership that might or might not work?  Why?  Why not?

Inspiration for Survive the Night

“Vicki Hinze is a wonderful, Christian suspense author. She makes you want to read her books from start to finish without stopping. “Survive The Night was very suspenseful. I feel sorry for Delia almost right away because of the loss of her son and I love what occupation she is in and just how Vicki reels you in. This is a must read if you love Christian fiction. I can’t wait for her second book in this series Christmas Countdown. Thank you Vicki for your wonderful books.” ~wintersunrise1997

“Survive the Night was stunning. No other word for it. The characters leap off the page and the suspense and danger take you into a plot full of twists and turns. But the emotions make it a book that will stay with me. Della and Paul both have so much to give – and so much to lose – as they risk life and love. Definitely a page-turner, this was an absolutely wonderful read. I can’t wait for the next books in the new Lost, Inc. series.” ~Regan Black

“I always look forward to Vicki Hinze’s books. I make certain I know when they are being published. Her new series is Lost Inc. I love it!! Survive the Night is Della and Paul’s story. They are down to earth, they are the people next door. The people in Lost Inc. are former military investigators. Vicki is relevant, she grabs you in the first few pages and reels you in!! Survive the Night is the first book in the series, don’t miss it!”  ~CaronT 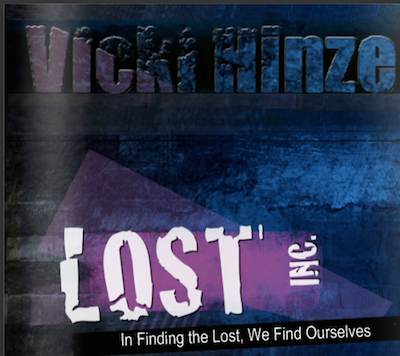