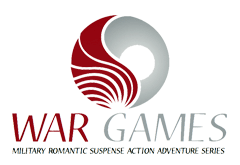 This series is out of print.  The books have been rewritten as clean reads under the S.A.S.S. series banner.

“Hinze pens a gripping tale with a chilling scenario.”

Aided by U.S. Customs Agent Ben Kelly, Captain Darcy Clark, a woman with perfect recall, must face her deepest fear:  an incident like one that changed her entire life–to prevent a mass massacre on Independence Day.

1. Total Recall is the story of the mental and physical recovery of SASS agent Darcy Clark.   A traumatic episode in her career gave her a curse and a blessing – total recall. This ability  has the power to physically shut her down if she is over stimulated with noise and conflict, while leaving her mentally alert. She has devised a way to live and work by remaining secluded physically, but in touch electronically.   Is this solution part of her feeling guilty about the episode that killed her friend and left her with this ability?

2.  When Darcy Clark meets U.S. Customs agent Ben Kelly, she begins to feel some of the sensations from which she has emotionally immunized herself. Ben also has had a difficult  past that has shaped him into a reserved man, but not one as closed off as Darcy.  Do Darcy and Ben have similar methods of dealing with a painfully present  past?  People have different ways of coping with personal history. What would be another way for either of them to cope and be productive and insightful people?

3.   It is often stated that “love heals.” Would you say watching the progress of Darcy’s life and career after the introduction of Ben Kelley illustrates this belief? Why do affection and gentleness have such healing power?  What was your reaction to the scene where Ben rubs Darcy’s feet? On a romantic scale, how would you rate this action?  Can a foot rub be more romantic than a kiss?

4.   Overcoming Darcy’s affliction requires a number of factors; the total immersion in a scenario of self-sacrificing action, belief in the rightness of her mission, trusting her compatriots, and ultimate self control over the debilitating effects of her mental powers.  Does this paint a picture of a woman of extraordinary personal discipline? How can someone achieve this degree of personal control? In what circumstance would it be necessary? How does the factor of personal control shape our daily life? Often it seems the little things are more difficult than the big picture things. If she had to, would it be hard for Darcy to quit smoking, to go on a diet or stop biting her nails? What is the critical factor for Darcy in the success of her change?

5.  The bad guy, Thomas Kunz, is described as good-looking, blonde and affable. He is also a cold-blooded killer who stops at nothing to achieve his aims. How does physical appearance influence our perception of “the bad guys?”  Do we expect them to be repulsive, ugly, or dirty?

To forgive but not forget is a talent almost superhuman. How can such a talent help or hinder life? Could you handle such a talent? What changes would you have to make in order to utilize such an ability?

5 Stars “Total Recall” [a Novella] by Vicki Hinze. The terrorists plan to bring their trademark destruction to the United States by bombing the White House during a Fourth of July fireworks gala. U.S. Customs Agent Ben must stop them because cancellation is not an option because that means giving in to the terrorists. He turns to incredible photographic memory Special Agent Darcy as his only hope to stop a catastrophe. These three novellas star courageous strong women with a special skill each and the men who love them risking their lives to try to keep them safe in precarious situations. Each exciting tale is high octane super fast so that fans of romantic suspense with a touch of sci fi will want to read supercharged SMOKESCREEN.     — Harriet Klausner

TOTAL RECALL is a novella published in a 3-story collection under the title, Smokescreen.