Down and Dead in Dixie

Down and Dead, Inc. 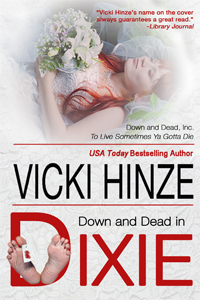 #1 Down and Dead in Dixie

#2 Down and Dead in Even

“Move over Janet Evanovich! Vicki Hinze is romping through Dixie’s criminal underbelly, and she’s bringing the sassiest heroine since Stephanie Plum. Down and Dead in Dixie is a rip-roaring page-turner that delivers laughs, fantastic characters and twists galore. This one is a must read!”

Peggy Webb
Welcome to Down and Dead, Inc., where, to Live, Sometimes Ya Gotta Die.

MINDING YOUR OWN BUSINESS DOESN’T KEEP TROUBLE AWAY

Daisy Grant is in a heap of trouble.  Minding her own business, walking to her car after leaving work, she stumbles into a mob turf war and now somebody wants her dead.  Actually, several somebodies want her dead.  She may be small-town to the bone, not at all the type of woman to deal with the Southern Mafia, but being on her own most of her life has taught her how to get creative fast!

NATURALLY THEN IS WHEN YOU MEET THE MAN OF YOUR DREAMS

The way-too-attractive restaurant owner, Mark Jensen.  He didn’t mean to rescue anybody just by offering them a job, and he certainly didn’t mean to endanger his business or himself and need go on the run because of a stubborn, sassy woman.  But things rarely work out the way we intend, and in survival situations, a man does what a man has to do.

THE PROBLEM IS WHO TO TRUST.  WHO IS GOOD? WHO IS BAD? HOW DO YOU TELL WHEN THEY ALL SEEM HALF-CRAZY?

Soon Daisy and Mark are up to their ears in so many wacky characters with secret agendas it is impossible to know for fact who is after them and who is on their side.

As events unfold, Daisy and Mark learn many hard-knock lessons about life.  The most important one?

Down and Dead, Inc.:

READ the free preview HERE   or

New Release not yet eligible.
Readers’ Group Guide is not yet available.

Read:  How I nagged Vicki Hinze into Writing Down and Dead in Dixie by Daisy Grant

“A lovely recipe of suspense and tenderness seasoned with a clever wit that only Vicki Hinze could cook up!”  ~Debra Webb, USA Today Bestselling author
“Down and Dead in Dixie is an edge of your seat, thrilling suspense. It will give you laughing, crying and touching sweet moments.  You will love all the people in this book.  This is a great start to a new series by Vicki Hinze.”    ~Read Your Writes
“I’d recommend this story to anyone looking for a fun, exciting read filled with romance.” ~Hannah Alexander
“Hinze tells this clever tale with a wonderful, intelligent voice that I could listen to all day. Highly recommended!” ~Karla Miller
“This wonderful story shows off Hinze’s gift for humor without missing a beat on the romantic suspense. With dynamic characters and a non-stop plot, this is one book you don’t want to miss! I loved it!” ~ Regan Black

“Sometimes you get lucky and get to read a book that masterfully draws you in and leaves you with a great sense of contentment and compassion, a story that you remember and makes an impact that lasts over time. This is one of those stories, and a must read. Vicki Hinze is one of my very favorite authors, and this is one of her best!” ~Kristen, a Reader

“The best part of this story was that it is appropriate for any age and proves that you can write a successful story without adding graphic details. This is a very enjoyable book that I would recommend to anyone.”  ~Kimberly T. Ferland
“A book I recommend for a laugh and some food for thought. I was thrilled to see another side of this authors writing style. It was so much fun to read and laugh!” ~ Nora St. Laurent, Founder TBCN and Finding Hope Through Fiction
Second edition 2018 by Magnolia Leaf Press. Print ISBN: 978-1-939016-26-3 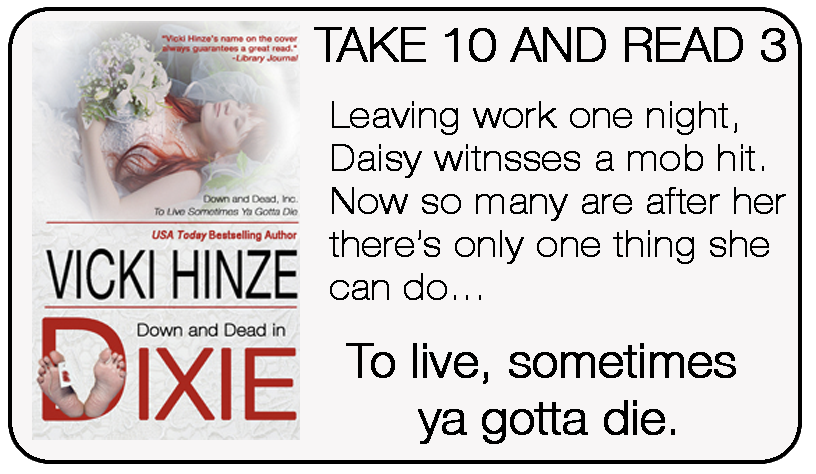 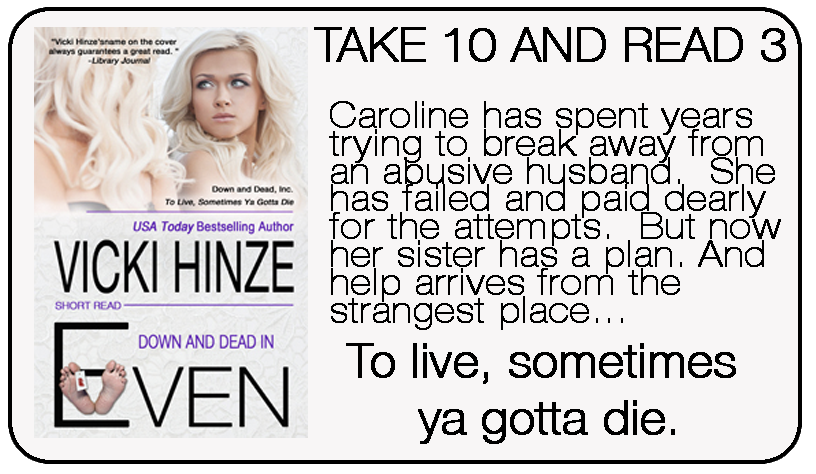 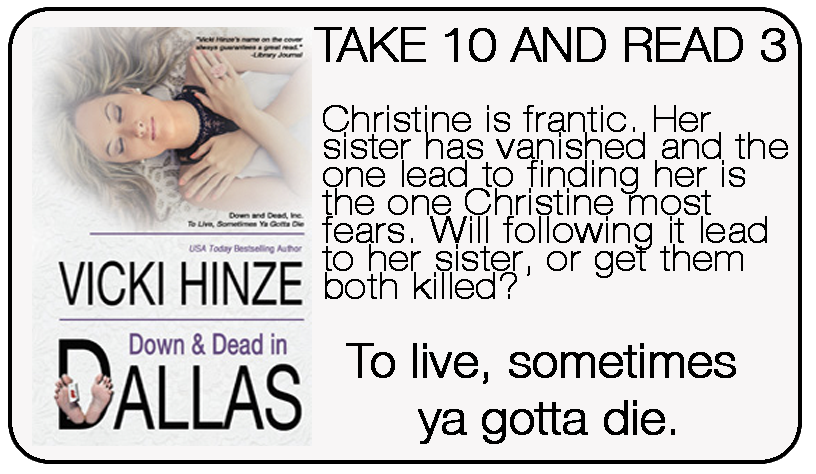