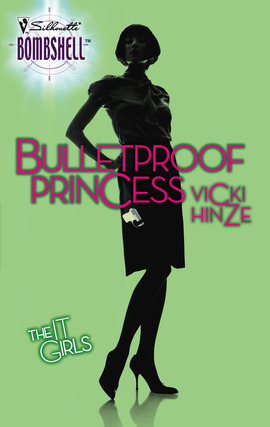 IT Girls Series IT Girl works by Vicki Hinze: Prequel:  Invitation to a Murder #6 Bulletproof Princess Series Co-Creator Books 1 – 5 were written by various other authors.

“BULLETPROOF PRINCESS is an edgy suspense thriller that will keep you guessing who the masterminds are behind the sex slave ring until the last few pages.  I laughed at the easy bantering between all the characters.  Even the secondary characters are lovable and vibrant.  Job well done, Ms. Hinze.”

Princess Chloe St. John goes undercover to gather intelligence on high-society aristocrats who believe they’re too rich or too smart to get caught and be held accountable.  But she couldn’t have expected that her work would lead her to a white-slavery ring–or back to her own crown.  Who is the Duke?  And can Chloe catch him…without destroying her family, herself, or the man she loves?

Two nights ago, New York’s elite gathered in the main dining room at the exclusive Manhattan restaurant, Perrini’s, to witness the familial blessings of the engagement of Gotham Rose Club charter member, Chloe St. John, Princess of Astoria, principality of Denmark, to one of the A-List top five most eligible bachelors, Marcus Abbot Sterling, III, the notorious attorney who has lost but one case in his illustrious career:  that of Preston Sinclair, husband of Gotham Rose Club owner, Renee Dalton-Sinclair, who, through her Rose heiresses and debutantes, has raised millions for charities to better the lives of women and children across the United States.

Today, Marcus Sterling will be buried in a private, graveside service.  His elegance and wit will be missed in high-society’s social scene. Authorities are not yet releasing specifics on the case, and reports from those close to the couple conflict.  Multiple sources state that Sterling was the victim of an apparent kidnapping by men posing as NYPD officers.   An eyewitness says that the pseudo-officers abandoned the patrol car, and Sterling, handcuffed to the rear door, was attempting to free himself when the vehicle exploded. Other reports indicate that Princess Chloe had broken her engagement to Sterling the same night as the familial blessing.  That she was the kidnap victim and that she had escaped her abductors and discovered Sterling was responsible for her abduction. For now, the truth remains elusive…

1.Princess Chloe admires Eleanor Roosevelt as a  woman who altered the way we look at the strength and ambitions of women.  Eleanor Roosevelt had a position of power in that she had the ear of her husband, the President, a mission with the United Nations, and she moved in upper society’s circles.  Women without such platforms can also influence our world.  Rosa Parks, Mother Teresa, Margaret Mead and many others began in very ordinary circumstances yet made significant changes.

2.Do you believe that every woman changes the world?

4.Secret agents move in all walks of life and all social circles. Currently in the news, there’s a case where the identity of a CIA agent was unfortunately revealed.  She was also the trusted  wife of a diplomat. Did her position as a wife enhance her ability to gather intelligence for the CIA? In our society, it is often common opinion that if you are pretty or rich, you are frivolous and not likely to grasp, remember or understand the value of important or “secret” information.  Princess Chloe and her Gotham Rose cohorts exploit this belief, of course.  But what is your opinion?

7.   What about the reverse?  Do women underestimate gorgeous men?

8.   According to the UN, human trafficking is:

Princess Chloe has money, talent, beauty and a title.  She also has serious self-esteem issues.

A.How much does appearance and possessions change our self-perception?

D.Everyone forms impressions on others.  Are your opinions of others formed by actions, positions, appearances, or possessions?

E.What specific action or possession makes you immediately trust or distrust someone?

9.Would a job as an undercover agent make you suspicious of everyone?

10.Is there a job that would make you trust everyone?

11.You’re in a job that makes you suspicious of everyone.  How does that impact your marriage or relationships with your partner, your family, your children?

12.You’re in a job that makes you trust everyone.  How does that impact your relationships?  Does it bring greater risks to you and those you love?  Does it create vulnerabilities, or diminish risks?

Optioned by Twin Star Entertainment for a TV Project to be called GOTHAM ROSES.

“BULLETPROOF PRINCESS is an edgy suspense thriller that will keep you guessing who the masterminds are behind the sex slave ring until the last few pages.  I laughed at the easy bantering between all the characters.  Even the secondary characters are lovable and vibrant.  Job well done, Ms. Hinze.”  –Romance Junkies

“Vicki Hinze adds her own innovative voice to her story which keeps the reader riveted with anticipation   Bulletproof Princess intertwines mystery, action and emotions to create a story with continual twists.”    –Cataormance.com

Prequel by Vicki Hinze:  INVITATION TO A MURDER 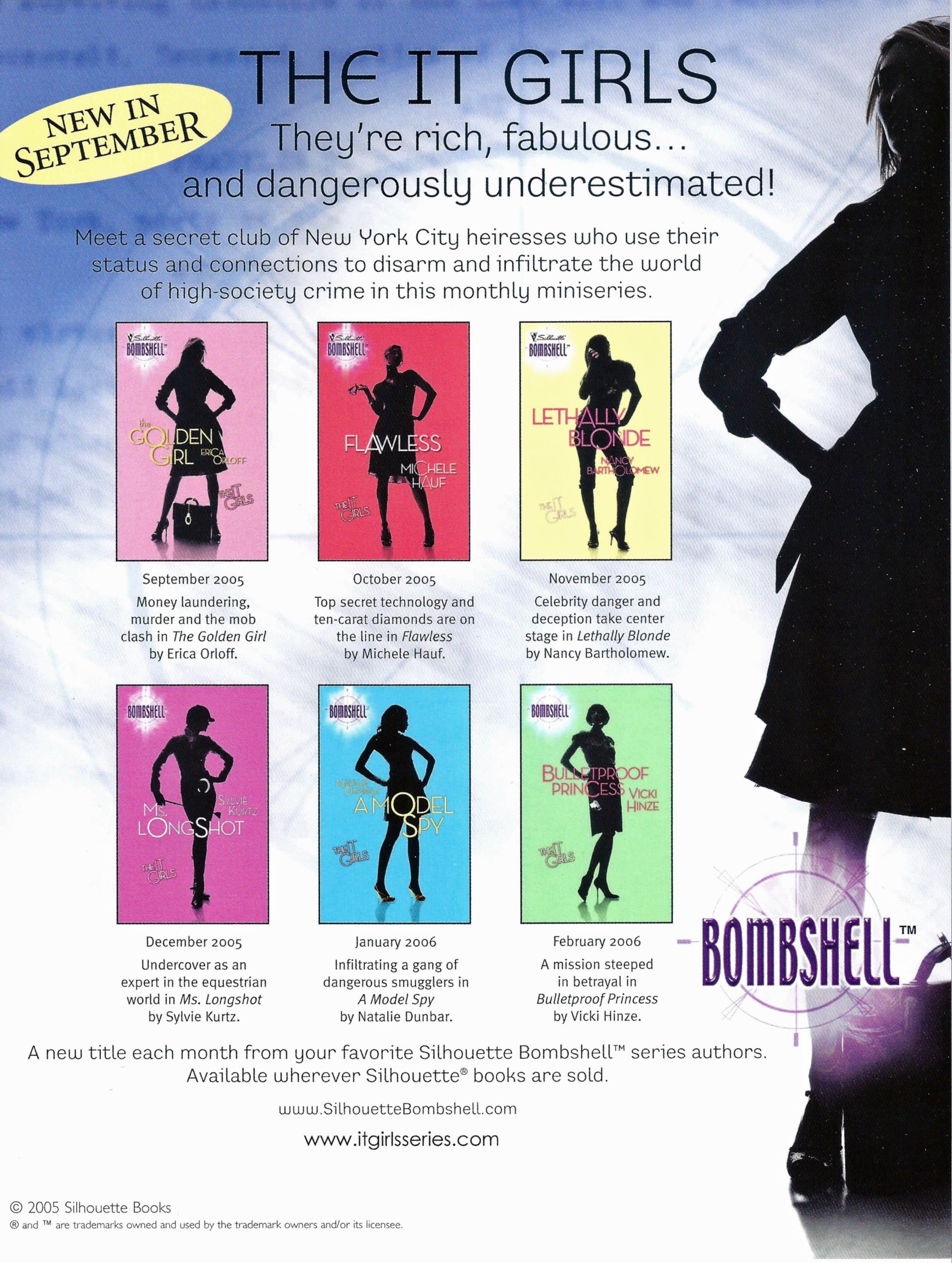