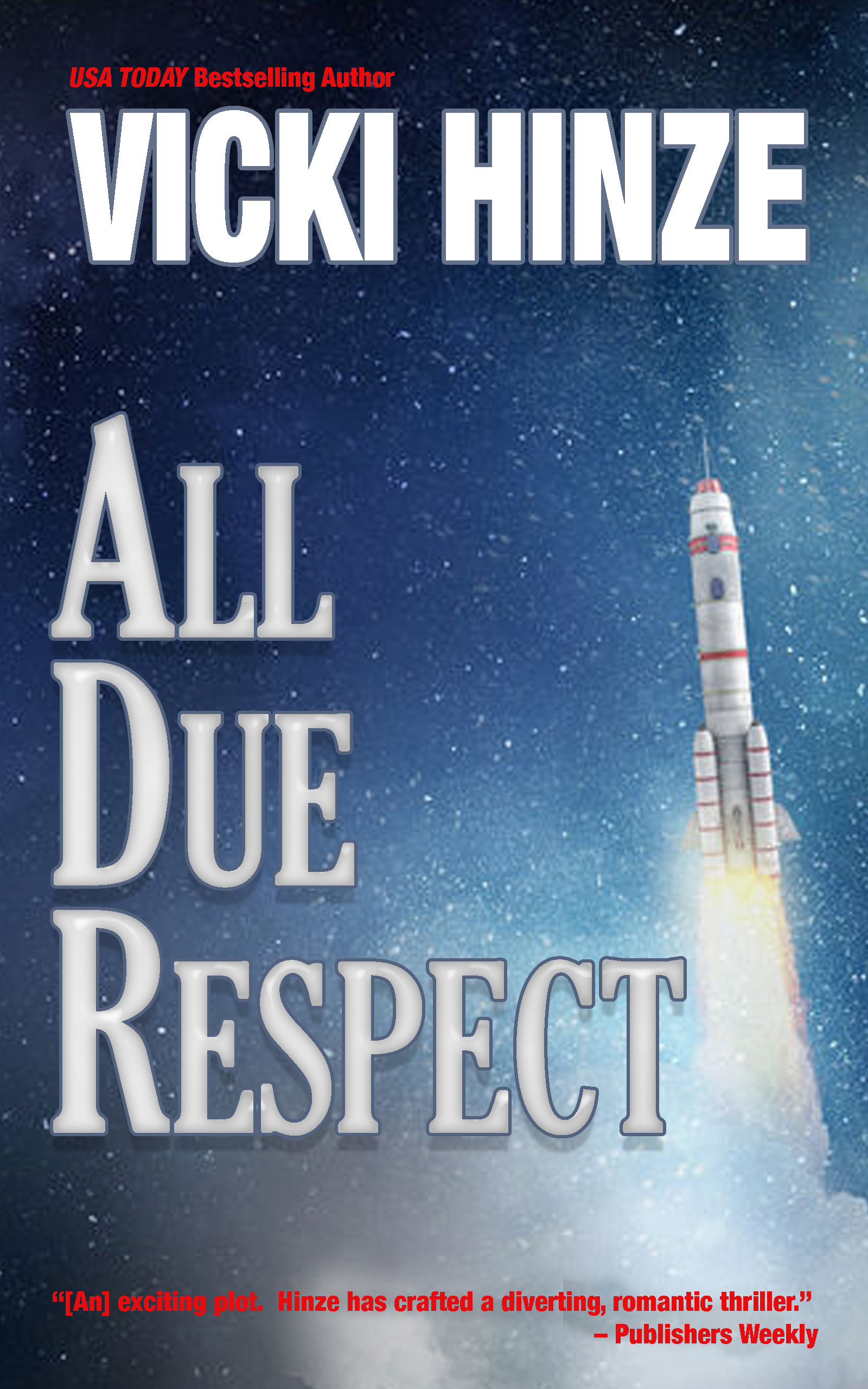 “Make time for a white-knuckle thriller that is guaranteed to keep you up into the night.  Ms. Hinze is on a roll!”

Romantic Times
Can a first-grade teacher from Grace, Alabama stop a terrorist group from its deadly mission? Can she trust her heart again? Former Air Force scientist Dr. Julia Warner-Hyde went into hiding three years ago to escape her abusive ex-husband. Her new life as a small town school teacher is safe and peaceful—until her old lab partner, Dr. Seth Holt, arrives.Terrorists have stolen the missile system Seth and Julia designed, and they fully intend to use it. Seth needs Julia’s help to find, outwit and halt them, but he and she didn’t part on the best of terms. He doesn’t know that Julia has a secret enemy who might kill them both. Can she fight that threat and the terrorists—all while keeping Seth in the dark? How can she refuse to try, with millions of lives at stake?“When it comes to military romance, Vicki Hinze is a four-star-general.” — Harriet Klausner, Book BrowserNominated for Best Suspense Novel of the Year — RT Book Club “A diverting romantic thriller.” — Publishers Weekly “Five Stars!” — BookReporter.com

Hinze (Acts of Honor) has crafted a diverting, romantic thriller. Dr. Julia Warner-Hyde can’t seem to escape the clutches of her abusive ex-husband, Karl, who nearly killed her three years before. Even in prison, Karl’s threats are still real. When Julia’s old lab partner, the kind and handsome Dr. Seth Holt, seeks her out in Grace, the small Alabama town in which the former rocket scientist is now teaching the first grade, she is torn. Should she risk leaving the safety of Grace to secure a top-secret project (the details of which may have been leaked to the highest bidder)? Julia knows that Seth’s concern that millions of Americans’ lives could be lost is not an exaggeration, but she is unsure whether she can trust him. How can she avoid explaining why she disappeared three years ago without a word? Will the Two West Freedom Coalition, a well-funded terrorist organization, manage to obtain the final pieces to the advanced technology that would allow it to hold the U.S. hostage? And will Karl find her? These questions interspersed throughout Julia’s thoughts as she goes on with her day-to-day dutiesAare answered in the novel’s exciting plot. (Oct.) Copyright 2000 Reed Business Information, Inc.
“Another hit for Hinze.  What a story! The twists and turns are fascinating as Vicki Hinze takes you through the world of intrigue. She always seems to stay a little ahead of the game so you never just exactly see what is coming to make a riveting story.”  ~Harriet Klausner

“Make time for a white-knuckle thriller that is guaranteed to keep you up into the night.  Ms. Hinze is on a roll!” – Romantic Times

“When it comes to military romance, Vicki Hinze is a four-star general.  The story line never slows down, as the plot seems to gain speed with every paragraph.  With novels like this one, Acts of Honor, Duplicity, andShades of Gray that blend a military thriller with romance, Ms. Hinze has become a member of the sub-genre’s Joint Chiefs of Staff.” –Book Browser, Harriet Klausner

“…left this reader on the edge of her seat!  I thoroughly enjoyed All Due Respect and commend Ms. Hinze once again on her knowledge, research, and wonderful tale.” – Old Book Barn Gazette

“Five Stars.  Dramatic and moving, finely crafted military fiction that weaves a touch of romance, intrigue, and danger into every page.  If readers enjoyed previous works by this fantastic writer…then they are sue to find All Due Respect to be the “find” of the year.  Hinze has definitely made her mark with her latest release, earning herself the title of “Queen of Romantic Suspense.” –New-Age Bookshelf