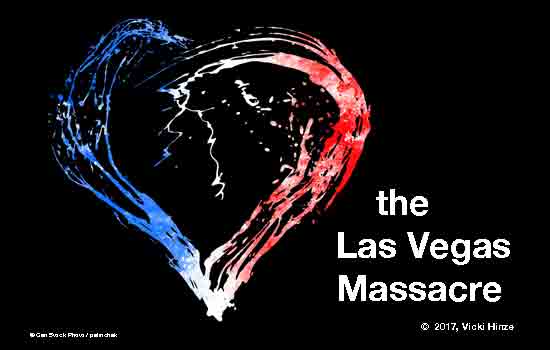 My Faith Zone | My Kitchen Table

Bodies are still being removed, and some are already engaging in political comments. Calls for gun control. Speculation that this attack was against country music so likely Trump supporters, and the poster hoped only “Trumpatards” were shot. Even people who wanted to be leaders like Hillary Clinton, chimed in not with condolences but with talk of imagining the result if the shooter had used a silencer. She meant a suppressor, but everyone knew what she meant. That’s not the point.

My reaction was that the first poster, about the ones shot, who incidentally is a teacher, has lost her humanity. My reaction to Mrs. Clinton’s post was that just once I wish she wouldn’t engage politically but as a human being.

There’ll be a time and place for political discussions. This isn’t it. Loved ones are trying to get in touch with family and friends to see if they’re safe. Others at a distance are phoning 800 numbers talking to coroners, praying their family members aren’t in the morgue. Phoning hospitals, hoping to find to that any injuries to their family and friends are minor and they’ll recover.

This is the time to come together as Americans and support these victims, their families and friends, and the survivors, many of whom crawled and ran for their lives. The shock is deep. The pain fresh. The wounds inside raw.

No one is foolish enough to think random shooting into a crowd of thousands was aimed at people of this or that political persuasion. Bullets don’t think. When shot, they kill, wound, maim whatever and whomever they hit. We’ll find out why this happened later, after the investigations are done. We’ll examine events and act accordingly.

But for today, keep political nonsense out of it. No matter how well-intentioned, it is an unwelcome intruder. Today, we are focused on shattered lives and shattered hearts. We’re focused on comforting and consoling, on compassion. On prayer for those lost and for those who remain.

And if you can’t do that, if you must discuss politics today, then be prepared for a ferocious backlash. Because our collective outrage is strong, our fuses short, and our patience shot.

Today, there is only the emotional tidal wave that surges and swamps us when a vile and violent wrong has been committed against anyone. Today, we are acutely aware of the worst and the best in us. We’ve witnessed merciless acts against our people. Merciful acts in the heroes, professional and everyday people, rising to respond to the needs of others before them. And all we have witnessed is the one thing that unites us and supercedes all else. It is in control today.

That one thing is, our humanity.

May God bless, comfort and console, granting us and our nation the wisdom and strength required to heal.

END_OF_DOCUMENT_TOKEN_TO_BE_REPLACED

END_OF_DOCUMENT_TOKEN_TO_BE_REPLACED
Manage Cookie Consent
To provide the best experiences, we use technologies like cookies to store and/or access device information. Consenting to these technologies will allow us to process data such as browsing behavior or unique IDs on this site. Not consenting or withdrawing consent, may adversely affect certain features and functions.
Manage options Manage services Manage vendors Read more about these purposes
View preferences
{title} {title} {title}