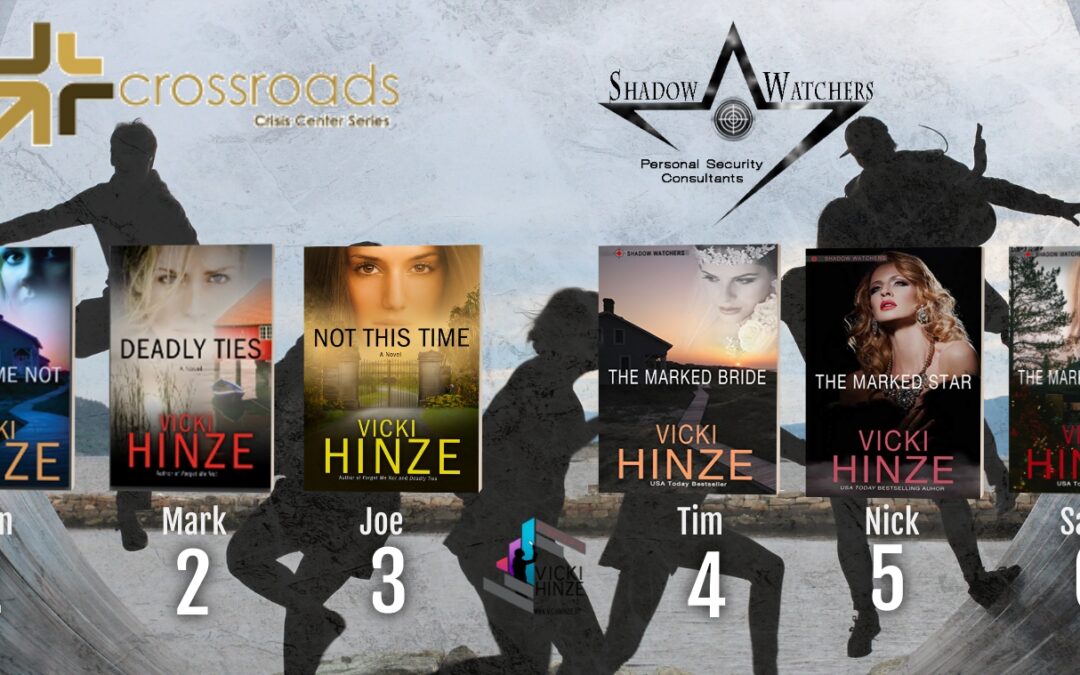 Crossroads Crisis Center and Shadow Watchers complete the series stories on the team! While things sometimes don’t work out as planned, they do have a way of working out so long as you don’t give up on them.  It’s taken longer than expected due to other commitments,...

NOT THIS TIME HAS ARRIVED!

Today is the official publication for NOT THIS TIME, the third and final book in the Crossroads Crisis Center series. One would think that the “newness” of a book being published—the excitement, the knots in the stomach awaiting reader responses to see if they love...

The Third Time is a Charm, Except When It’s Not

Click the icon above for details on all three contests. Blessings, Vicki