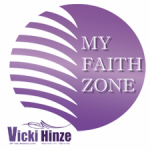 The financial guru, Warren Buffet, once said, “Only when the tide goes out do you discover who’s been swimming naked.” That’s the core of Spiritual Poise.

I won’t sugarcoat my address of this situation. We’re in perilous times. Not just physically and emotionally, though both are true, but spiritually. We’re teetering on the edge of losing civility, pushed to that edge by people pushing their own private agendas who use vulnerabilities—real or perceived—to manipulate us. But they can only manipulate us to the extent that we allow ourselves to be manipulated. Unfortunately, we’ve already let them do so far too much. But all is not lost. This is a new day and with it comes a new opportunity to make wiser choices. I hope we will.

Let me give you a couple examples…

Yesterday was Memorial Day in the States. All over the nation, people paused to remember those who sacrificed for the good of the whole of us, for all Americans. A company I am well familiar with did a video of appreciation, an up close and personal encounter experienced by a man that was pertinent to the occasion, and promoted it on Twitter. Many retweeted it, finding merit in it. Respect. Honor. Dignity.

Before long, those who oppose the military began attacking the video and the company. Others defended it. One of the chief complaints was that the company had nothing to do with the military. That, I happen to know, was inaccurate information because I’ve done business with this company for nearly forty years. It is all about providing services to members of the military and their families and it always has been.

As the day progressed, the criticism of the company and the military grew stronger and stronger. More inaccuracies, more negativity, and less gratitude and remembrance on this, the day set aside for the purpose of appreciation and remembrance.

Many opted to ignore the detractors. Many attempted to educate them, offering accurate information sources. Many added opposing fuel to the fire. The entire situation became what some call a flame-war. I call it a self-indulgent mess made by those who are clueless about what goes into establishing and maintaining a republic where others have the right to say what they wish—even if they are uncivil, wrong, disrespectful and, yes, dishonorable in doing so.

That something meant to honor was twisted like this stayed on my mind the entire day and long into the night. Not just because it was in poor taste, though in my humble opinion the dispute was in poor taste, but because that kind of personal conduct shows an absence of civility and respect for what the day was truly about. To the extent that lack was condoned, it is therefore owned.

When society deemed this kind of disrespect unacceptable, people exercised better judgment and refrained from displaying this kind of disrespect. That’s worth thinking about. Reassessing. Are we a better or worse society for our absence of any restraint? Do we want to continue to be a better or worse society? Each of us should address and answer those questions.

Here’s another example. There was a news clip of a respected actor doing a commencement speech. In it, he dropped the F-bomb. The reaction? Laughter. While the sentiment expressed had merit, the delivery could have benefited from a little more work and a little less sensationalism.

While many in our society use the F-bomb so often that they don’t realize there are many among us who do not and who find it extremely offensive. There were children in that audience and students looking to this actor for inspiration. No doubt, the next time a five-year-old who was there drops the F-bomb, s/he will be punished… and wondering why no one is laughing like they did that day. Like it or not, we’re role models. That’s the way it is, and we need to be mindful of it. Again, there was merit in the message, but the delivery could have benefitted from a tad more work. Why? Because of the delivery, the message was lost. Let me explain…

A week ago on the news, there was stiff opposition to the word thug being used to describe, well, someone conducting themselves with text-book-description-accurate thuggish behavior. The outrage was deafening. But to the F-bomb being dropped in a public venue with small children present, there was… laughter.

Had that laughter been just by students, it would have been bad, but it actually was worse. It included professors and esteemed leaders from the school. That is tragic. You can be honest with graduates about the hardships before them without sacrificing dignity to do it. This commencement event was a significant occasion. One every student worked long and hard to achieve, full of symbolism and rites of passage. It, and they, deserved more respect.

One of the more unfortunate results is that this actor had some good things to say, but no one will hear them. All that plays over and again on the news is the clip of the F-bomb—bleeped. That’s predictable—sensationalism sells—but also sad because all of the worthy things uttered won’t be heard.

Spiritual poise isn’t about trying to be perfect. None of us are perfect. It’s about grasping the value of civility and dignity and respect. For others, for institutions, for situations and events, and for one’s self.

In difficult times, when you’re hanging on by your fingernails, maintaining or grabbing hold of poise isn’t easy. It’s incredibly difficult. But it is then when you gauge your spiritual poise. When it’s hard. When the tide’s out and you see who’s swimming naked—and it includes you.

Holding onto that poise takes respect and discipline, and that includes self-respect.

It’s easy to pop off some one-liner to dig at another person. It’s easy to snap back to someone being mean, nasty, or acting thuggish. It’s not easy to retain dignity and grace in those circumstances but that is when you most need it.

Because if you cut loose in those situations, they will be the very ones you later most regret. You’ll see yourself on video gone viral and be stunned, not recognize the person you appear to be as yourself. You’ll regret that snippy post, that less than reverent uploaded photo. You’ll regret not listening more and talking less. Not listening and hearing.

You’ll wish you’d known or remembered earlier that just because you have the right to exercise an opinion doesn’t mean you should voice it—particularly when you are uninformed on a topic and you’re just repeating words you’ve heard others say again and again. Wisdom teaches hard lessons, and one of the hardest lessons in relationships is to think for yourself. Another is that context matters.

Repetition does not signal truth. It only signals repetition. Shouting matches do not resolve issues. They just elevate tension so everyone’s fighting to speak and no one is listening. Mimicking what others say isn’t thinking for yourself, it’s forfeiting the privilege of thinking for yourself.

Civil discussions where ideas are exchanged and all people are respected, that’s productive. It’s constructive and often enlightening. And those things—productive and constructive, enlightened discussion, respect for all, dignity in personal conduct—are the keys at the core of spiritual poise.

END_OF_DOCUMENT_TOKEN_TO_BE_REPLACED

END_OF_DOCUMENT_TOKEN_TO_BE_REPLACED
Manage Cookie Consent
To provide the best experiences, we use technologies like cookies to store and/or access device information. Consenting to these technologies will allow us to process data such as browsing behavior or unique IDs on this site. Not consenting or withdrawing consent, may adversely affect certain features and functions.
Manage options Manage services Manage vendors Read more about these purposes
View preferences
{title} {title} {title}