Posted Today at Christians Read: The Line Between Fair and Foolish 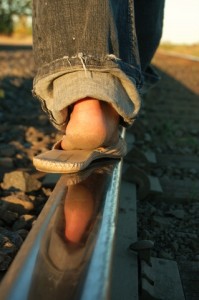 The Line Between Fair and Foolish

Sometimes in writing books for others to read, it’s hard to find the line between fair and foolish.  Actually, sometimes the line is as clear as a sunny day but most often, it’s just as murky as the muddy Mississippi after a hurricane.

We think, as writers, that we’re being too obvious, too fair, and yet when others read, their feedback is as diverse as we were mixed minded in the writing.  Some felt we were too fair, some just fair enough and some foolishly fair and our handling diminished the suspense or message in the book.

The results were that some liked one thing, some another, and still others liked nothing.  The mix was evident.  And it proved what writers have always known:   Read MORE

← Previous Link: Prev: Q and A on Writers and Facebook Next Link: Next: IN WHOSE FACE DO YOU LOOK AND SEE A HERO? →