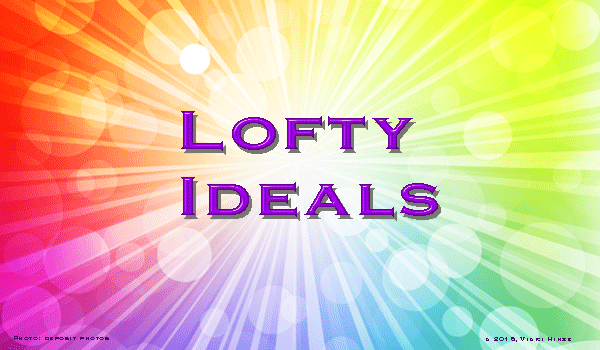 People might not be honest about this with others—and at times they aren’t honest with themselves—but that’s mostly for convenience and not because they don’t see the difference. Very few truly do not see the difference. That group bears the tag psychotic for their inability to distinguish right from wrong. They don’t choose not to do it, or not want to do it, they can’t do it. There’s a big difference in inability and choosing to deny something because it isn’t convenient.

When we determine that something is right or wrong, we have to make a choice. Do we do the right thing because it is the right thing? Or do we do the wrong thing (often because we want to) and live with the consequences? Namely, a guilty conscience, being held accountable, or being held responsible.

Frankly, our decisions go either way—and they tend to change over time. Let’s say we (or our character) chooses the wrong thing knowing it’s wrong. In his own mind, he will rationalize or attempt to substantiate why he has no choice, why he must do this wrong thing. He’ll move heaven and earth to convince himself and others that wrong is right—deluding himself—or that while he’s doing the wrong thing, he’s doing it for the right reasons.

The fallout isn’t bad. The consequences aren’t steep. And so he feels justified in doing this wrong thing—which makes it easier to convince himself that the next wrong thing is justifiable, too.

Years later, he might or might not recall the initial incident as wrong at all. He might only recall the rationalized version of doing what he had to do for lofty ideals or even noble goals.

Will he escape unscathed? No. It appears some do, but no one ever does. At some time, if only to himself, he’ll have to deal with that wrong as a wrong.

My point is that all people have emotional and spiritual dilemmas, and all wrestle with right or wrong. Perspectives, while different for different people in different situations, do share commonalities that are relatable and enduring. (i.e. Murder is wrong.) But when you craft the motivation for murder (i.e. self-defense, to protect the life of another) the circumstances influence the perception of the crime. What seemed indefensible is defensible, and while it might still be deemed wrong it is understandable and others easily relate. They see themselves in that position and question what they would do.

We should have lofty ideals and inspire the worst in us to reflect the best in us. To elevate our standards and self-expectations. We should strive to be better and do better. We see the value in ideals. These are the hallmarks of a civil society (versus one in chaos).

But we need to understand too that lofty ideals and high standards are tested. Sometimes we all succeed at meeting our own expectations, and sometimes we don’t. We all fall short, often when we least want to fall short.

That’s part of being human. It’s also rooted in conflict and motivations. It isn’t that we don’t know the difference between right and wrong, we do. It’s that we find doing right inconvenient at odds with what we want. And so we twist things around in our minds until we get the results we want that give us emotional cover to do what we want to do.

The thing is that lofty ideals have merit. And—this is the key point of this article—people are quick to state them and that they wouldn’t veer from them in a given situation. And they truly believe that. But a more accurate truth is that we really don’t know how we’d react when our ideals or values are tested until they are tested. Then we can say with authority what we would do because it is what we did. Until tested, we are looking at a situation through a perspective lens and defining the way we hope we would react. Our actual reaction might be far different—and for compelling reasons.

So when crafting characters—or a life—be slow to judge others for their reactions that seemingly violate your ideals. Look beyond the act to the rationale for it. The motivation. Because no life is simply created in black and white. Every life is influenced by an array of colors—a virtual rainbow of colors. We live in that rainbow—and every one of us who live have lives littered with shades of gray.