When You Lose Everything

(This Thursday’s Social In Network Post being added to the Library.)

When You’ve Lost Everything

This year, more than most, I’m hearing from people who have lost everything.  They’re feeling hopeless and helpless.  Defeated in life, or by life.  Some have lost jobs and homes, some have lost their health, and some have lost loved ones.

All of these situations are hard.  There’s no sugarcoating it.  But when facing the “I’ve lost everything” demon (and it is a demon as you well know if you’ve been through it), you can’t let it suck all that is good out of you and give into despair.  Well, you can.  But if you do, you’re closing the door and window of opportunity.  Actually, doors and windows, because losing everything offers multiple doors and multiple windows.  You just have to retain the clarity of mind and vision and the courage and heart to see them, recognize what you’re seeing, and then act on them.

That might seem difficult to believe.  When you’re down so far you can’t see up with a stepladder and binoculars, it’s pretty hard to believe that anything good still exists in anything.  But it does.  And that’s not a platitude talking, it’s experience.

I was a teenager the first time I lost it all.  I despaired.  I thought my life was over.  At that tender age, I believed the best was behind me and the future that stretched and yawned in front of me was bleak and dark and ominous and I was not eager to face it much less willing to embrace it.

Yet when you’re in this position, you discover who you really are.  You can run, but not hide.  Fact and circumstance follows you, and so long as you avoid responsibility, it haunts and torments you.  If you believe you’re defeated, you will be.  If you believe you’ve lost, you have.

One of the greatest secrets of life is that you become who you believe you are.  I don’t mean superficial things, like I want to be rich.  That’s an insult to life itself without becoming rich being for a purpose that holds value.  I mean the kind of things that give you the tools you need to progress and move forward and rebuild and create the life you envision for yourself.

You know, we don’t do much in the way of soul work on ourselves when things are going great.  But when we’ve lost everything, and we have to humble ourselves and make hard choices, and struggle and to do without, we gain a lot of respect.  For others, for the kindnesses and compassion they embrace.  For things that we take for granted.  We develop a real sense of gratitude for basic necessities, stop resenting others’ their luxuries—unless they’ve stolen them.  We start respecting the effort required to build a life.  The effort required to keep building the life we want even when we suffer setbacks and challenges and obstacles.  We stay attuned, looking for those doors of opportunity, and we’re humble enough to knock on them.  And when we can’t find the doors, we look for the windows.

We seek and we find because we’re seeking.

If we’d truly lost everything, we wouldn’t possess the wisdom to do that.  Or the skills of recognition.  We’d cruise right past those doors and windows.

Often what happens is we seek so hard we fail to see.  We don’t see that if we weren’t in this position, then we wouldn’t be in the right place at the right time in the reach of the right people to seize an opportunity to reach a desired goal we had deemed out of reach.

We believe that what we’ve lost, and likely didn’t appreciate when we had it, is exactly what we must have to be happy or content and we have to get it back.  We focus so intently on getting it back, we blow right past doors and windows that would take us to better places.  Often, places we’ve longed to go and didn’t see a pathway to ever get there.

And way too often we fail to recognize that just when we’re about to make a breakthrough of some sort.  One that will do a lot of spiritual or physical good for others.  That’s when we get nailed.  Anytime we’re on a mission that has benefits that extend beyond us, we should expect a body slam.  Sometimes we see the hard knocks coming, sometimes we don’t.  But the fact is they always come.  It’s spiritual warfare, pure and simple.   Can’t have you doing something good.  Need to keep people down, despairing and oppressed and miserable, to retain control of them.

Dependence is a control-detention tactic.  That’s why abusers isolate and demean victims, to crush the spirit and require dependence.

Independence is the enemy of detain-and-control.  An independent person does what s/he does as a choice, not as a necessity.  Independent people don’t suffer fools who attempt to keep them in despair and misery, who oppress them.  They don’t forfeit control of themselves, their dignity or their self-respect:  all powerful tools to build or rebuild intact.

It’s not easy to walk away from everything.  It hurts.  It makes us feel as if we’ve failed.  It attacks us at core level, our sense of worth, of value, our self-esteem.  What we’ve got to remember is that sometimes we have to close a door in order to open another one.  That until we do close that door, we’re stuck in an old room we’ve outgrown or we’re locked out in the hall.

I once had a t-shirt that read something like:  “I know that for every door that closes a window opens.  But, man, these hallways are the pits.”

They are the pits.  And the longer you linger in them, the deeper and wider they become.  The more slick are the floors, the more slimy the walls.  Maybe you see the doors lining that hallway.  But none of those doors look like the right doors for you.

If so, from experience I say, if the imperfect doors are constructive and better your position, test them.  Try them anyway.  That imperfect door might not be THE door but it well might lead to THE door.  But if you don’t walk through the first, you’ll never reach the second.

This challenge seems more of a dilemma than it really is.  It might bite your pride, which is an obstacle only if you allow it, or attack your sense of self-worth—again, only if you allow it—but in reality these are opportunities and they require from you only two things:

You and the courage to take a leap of faith.

You don’t have to have all the answers, only the courage to take a step and try.  The moment you do, you haven’t lost everything anymore.  You’ve already started rebuilding from the inside out.  And rebuilding inside is where it most matters.

You made a choice.  You decided to try, and you acted on it, taking a leap of faith.  That takes courage and wisdom and respect for yourself and for what you’re trying to do.  That takes honor.  There’s dignity in making the effort.  There’s appreciation for the struggles, for being fearful and acting in spite of and not because of the struggles or the fear.  Never underestimate the value of treating yourself with respect, of acting with honor and dignity.  Of facing challenges with courage or facing fear.  These are the tools of true power and independence.

If you’re rewarded with success, you’ve you’ve added a lot more tools to your personal armory.

If not, you don’t return to “S/he who has lost everything.”  You retain all you’ve already rebuilt, the tools you used (knowledge that you faced your fears is powerful!), and you add more wisdom.  Your armory still expands, and that gain is success, if not the kind of success you hoped to attain.  You now know which door wasn’t right for you.  You discover that knowledge of what isn’t right or healthy or doesn’t work for you is every bit as important as the knowledge of what is good, right, healthy and works for you.  And so you approach the next door wiser and smarter and with better judgment.  And then the next, and the next.

And eventually, as a result of your own efforts and of exercising your own judgments, gathering your own wisdom—making your own choices—you find yourself immersed in a life that you’ve rebuilt.

Your new life might look very different than the life you once had.  A few (those who miss the point) will mourn the loss of what they use to have.  They’ll recall fondly and with angst their former glory days.  And focusing on the past, they’ll totally blow the new, better day right in front of them.

That path leads to regret.

Yet observation proves that regret too can park your backside in a hallway full of doors.  Ones you can choose to open or not from your wiser-for-having-made-the-journey position.

Before you put yourself in regret-mode, pause and take a long look around at the life you’ve rebuilt.  Odds are good you’re going to find it suits you and you’re in a much more content place where you view your own value and worth far differently than you did in your old life.

You might think you’ve lost it all.  I did.  But what I discovered in rebuilding was that  the loss revealed I had misplaced the things holding true value.  By losing it all I found a far greater treasure:  the me I’d forgotten and the me I had not yet come to know.

So too, I believe, it will be for you. 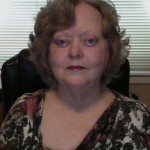 Vicki Hinze is the award-winning bestselling author of nearly thirty novels in a variety of genres including, suspense, mystery, thriller, and romantic or faith-affirming thrillers. Some releases are: Beyond the Misty Shore (romantic suspense), Duplicity (mystery/thriller), One Way to Write a Novel (nonfiction). She holds a MFA in Creative Writing and a Ph.D. in Philosophy, Theocentric Business and Ethics. Hinze’s website: www.vickihinze.com. Twitter. Contact. Facebook. Books.