What are You Sacrificing in the Name of Success? 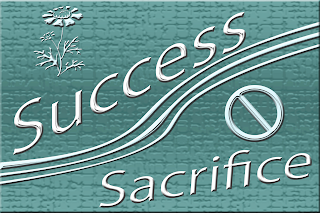 One of the greatest challenges we face in our professional lives is success.

That sounds like an oxymoron, but truly it isn’t. Why? Because too often we allow others to define success for us and then we generally find it impossible to meet their measure of it–or our perception of their measure of it. As much as we crave success, too often we don’t recognize it when we’ve gotten it because we’ve been so busy struggling and striving for it that we’ve never stopped to define it.

This struck me last night while watching a CMT tribute to “Giant” Alan Jackson.

He’s an unassuming man. Classifies himself as “simple.” He’s all about family, values, and staying true to himself in his work. Admirable, in my estimation. He hasn’t forgotten his roots, and never pretends to be other than he is.

Now Alan Jackson has known professional success. He’s written 32 Number One (#1) hits and has sold 50 million “records.” He’s also been named Entertainer of the Year a total of nine (9) times. By industry standards, by the estimation of his peers and colleagues, by his fans and the general public, he’s considered successful–and deservedly so. For me, the song he wrote about September 11 was a significant contribution to healing for Americans, and that alone qualifies him as a huge success in my opinion.

And yet he remains humble (a becoming asset more should adopt) and–here’s the zinger–he still feels he hasn’t achieved the status to be on par with his heroes (George Strait and George Jones were there, and referenced.) When approached, Alan assumed the CMT Giants tribute extended the honor of “Giant” to him because he’s so tall.

That this was earnestly spoken set me to thinking. And what I thought was that there’s good lessons for writers (and everyone else) in Alan Jackson’s attitude. Ones worthy of adoption.

He knows who he is and makes no apologies for it, no bones about it. A calm acceptance, contentment, and comfort in his skin. Those are great qualities for anyone and particularly helpful attributes for a creative writer.

He’s earnest. In the writing I see in judging competitions and from critiques, one challenge often repeated is mannered writing. Where an author works so hard at perfection that s/he edits the voice right out of the work. Much of the realism and relate-ability is unfortunately lost under the manner hammer. Let’s face it, when an author writes to sell, what s/he is selling is his/her voice. So that’s significant.

He still doesn’t see himself as being on par with his heroes. Now some would say this is a good thing, and in a sense it is. He’s still striving, stretching and growing, and that’s something we all want to do throughout our careers. Never stop growing is a widely embraced mantra among writers.

But some would say that’s a bad thing because it intimates that one never feels successful because one either hasn’t defined it or has allowed others to define it for them. And that too is true.

It also brings home the importance of defining success for yourself. For some, it is to simply write. Not to write well, not to write to sell, but simply to write. For them, having written, they have succeeded. For others, they use benchmarks to measure their own success.