Thank You, Veterans! (And Why We All Should Be Grateful to Them!) 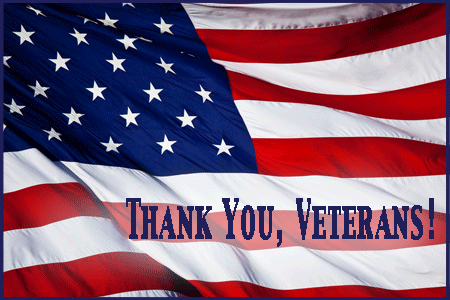 In gratitude and with sincere appreciation for your sacrifices.

You’ve gone where ordered, done what was asked, and much of your

heroism remains concealed and obscured but not unnoticed.

In humble gratitude for freedom and the price you’ve paid

to provide it, thank you, Veterans.

Facts You Should Know about Veterans

How many Veterans are there?

How many Americans served in Vietnam?

How many were wounded?

How did the veterans feel about God?[3]

How did the veterans feel about the war?

82% in heavy combat believe a lack of political will lost the war.  97% were honorably discharged.

What about in other wars?[4] 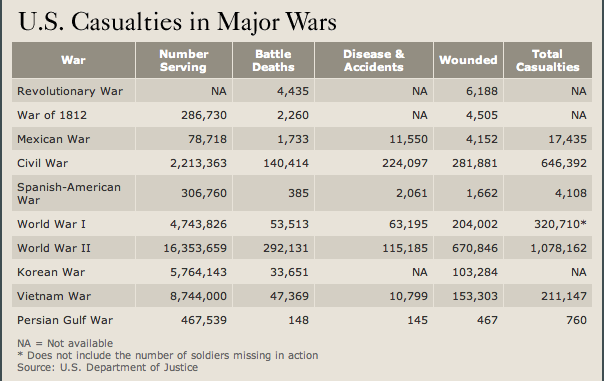 Photo: courtesy of DOJ via PBS.org

The fight against terrorists continues…

We’re free, thanks to the veterans who have and do serve.

and to all who support them.

[4] Department of Justice via www.pbs.org

← Previous Link: Prev: Politically (In)Correct: It Is What It Is Next Link: Next: National Novel Writing Month →

END_OF_DOCUMENT_TOKEN_TO_BE_REPLACED

END_OF_DOCUMENT_TOKEN_TO_BE_REPLACED
Manage Cookie Consent
To provide the best experiences, we use technologies like cookies to store and/or access device information. Consenting to these technologies will allow us to process data such as browsing behavior or unique IDs on this site. Not consenting or withdrawing consent, may adversely affect certain features and functions.
Manage options Manage services Manage vendors Read more about these purposes
View preferences
{title} {title} {title}