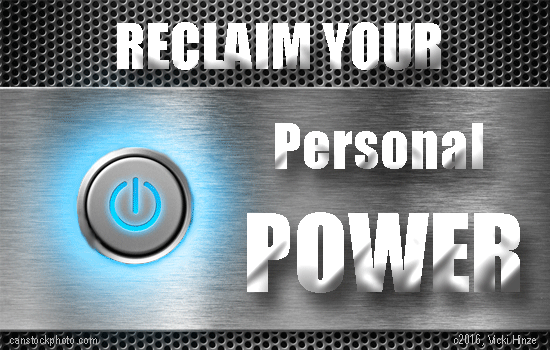 With these decisions, we decide who we are, what we want to become, and how we intend to become it. What too few realize is that these decisions drastically impact our quality of life. The nature of it as a result of our focus.

For example, a short time ago, a NFL ballplayer refused to stand up for the National Anthem. Standing or not standing was his choice, and he made it.

Some agreed with him. Some opposed. Both for reasons of their own, and both groups were vocal about it. Being vocal was their choice.

In both cases—his taking this action, and others’ response to it—people exercised their personal power. They thought about what they were going to do, and acted or reacted.  The fallout continues, so everyone involved must choose how they feel about the results, whether or not theirs was the best method of expressing themselves, or the most productive way. The same can be said of most of the decisions we each make every day.

If we decide our action or reaction was productive, great. If we achieved our intended results, great. If not, we can learn from the experience and then find a more effective way to express ourselves and achieve the objectives we seek.

Let’s look at another example.

People blast the media for bias.

Some blast the media publicly on social sites, in blog posts, articles, or through other available venues. Again, the media is free to do as it will.  Some agree with the blasts, feeling they’re deserved, and others do not.  Expressing both agreement and opposition is an exercise of personal power.

Yet the exercise of personal power isn’t limited to agreeing or disagreeing with others. An individual who deems media bias has negated an ability to get the truth or facts might choose to exercise his or her personal power in other ways, or by degrees.  Seeing if a hammer tap will achieve their objective or if they must progress to a sledgehammer.

If a media outlet prints a fabricated story, the person might choose to stop watching or reading the output of that author or outlet.

If a journalist has a personal agenda, the individual might stop viewing/reading that journalist or station, network, production or show, newspaper, magazine or website.

If a show or station or network is biased, the individual could consider that network, magazine, newspaper, website or blog too biased across the board. Its information is tainted and therefore worthless to the individual. If so, the person might block access to it all.

Individuals determine whether or not they will continue to participate and interact, and to what degree. That’s the point.  Let me share a specific:

A few years ago during an election cycle, one cable news network host called the race (incorrectly, incidentally) before the polls closed in that state. When challenged on it, the anchor said calling the winner early didn’t matter. The area impacted was rural. The people there had no teeth, gathered cars in their yards and parked them up on  blocks.

The insults were stereotypical and offended a lot of people, including me. I live in the area impacted, and some voters on their way to vote did hear the race called and as a result didn’t vote. The early call did impact, and in the end, only a little over 200 votes difference carried the state.

I sent the show “host” a photo of my yard—it resembles a small park absent of junk cars up on blocks or cars at all—and showing him my teeth. When he didn’t apologize, I was done. I exercised my personal power and elected not to again watch his show. There are others to watch who do not insult their viewers.  For what it’s worth: I once was a fan. But since this incident, I’ve neither watched him, nor read anything he’s written.

A few days before this “it doesn’t matter” incident, another anchor of another show on this same cable news channel made a less than gracious remark about their network pushing for a specific candidate, and that they were should make anyone voting for anyone else ask themselves what the anchors knew that the rest of us didn’t know.

Again insulting viewers. I guess the anchor(s) forgot it was her job to share the news so we all know the facts. I exercised my personal power then, too, and blacklisted that anchor. No longer watched her “show.” This anchor, incidentally, was not an American eligible to vote in the election for which she expressed bias toward a specific candidate.

On that discovery, I decided this cable news network had no interest in informing viewers of the news, only of peddling their views and manipulating their viewers. Their exercise of their personal power. I exercised mine and blacklisted their network, including their affiliates. Their ethics are their ethics and that’s their choice. Mine are mine, and that’s my choice. So my remote skips right over all those channels.  Problem resolved. No fanfare, just acts and actions. Cause and effect.

We can’t control others—that’s the point. But we can often limit their impact on us by limiting our access to them.

Personal power is something none should use as a weapon. None should use to threaten. If one chooses to exercise it in that way, one should expect the resulting consequences.

In the case of the examples, there were no weapons nor any threats. Simply alternative choices made. The impact?  Reduced ratings, lost viewers, lower advertising rates and additional capital required from outside sources to continue operations—a challenge if a multitude of people react in a like manner. In my case, I changed the channel and watch other news broadcasts.

Setting your own standards, respecting yourself and others, and your judgment is exercising your personal power. The graphic included in this article discusses a few of many ways to reclaim your personal power—your code, if you will.

No one says you must reclaim your personal power. In fact, many others would rather you didn’t.  They like pushing their agenda unimpeded. But, and this is important, if you choose not to reclaim and control your personal power, others are standing in line to claim it will control it for you.

You’ll live with their consequences and by their choices and, since you ceded your power to them, you’ll have nothing to say about the choices they’ve made.

That’s the best reason to define and make these choices for yourself, reclaiming your personal power and keeping control of it firmly in your capable hands. If you’re going to endure the consequences, you should be doing so because of choices you and not others made. That’s accepting personal responsibility, which is part of exercising your personal power.

Vicki Hinze is the award-winning bestselling author of nearly thirty novels in a variety of genres including, suspense, mystery, thriller, and romantic or faith-affirming thrillers. Her latest release is The Marked Star. She holds a MFA in Creative Writing and a Ph.D. in Philosophy, Theocentric Business and Ethics. Hinze’s website: www.vickihinze.com. Facebook. Books. Twitter. Contact. KNOW IT FIRST! Subscribe to Vicki’s Monthly Newsletter!

END_OF_DOCUMENT_TOKEN_TO_BE_REPLACED

END_OF_DOCUMENT_TOKEN_TO_BE_REPLACED
Manage Cookie Consent
To provide the best experiences, we use technologies like cookies to store and/or access device information. Consenting to these technologies will allow us to process data such as browsing behavior or unique IDs on this site. Not consenting or withdrawing consent, may adversely affect certain features and functions.
Manage options Manage services Manage vendors Read more about these purposes
View preferences
{title} {title} {title}