Life is in Unexpected Interruptions 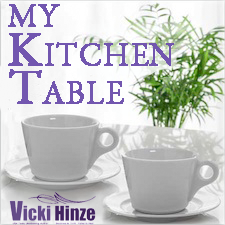 Life is in the interruptions. We’ve all heard it, and lived it. Often, many times.

For the last six weeks, I’ve been stuck in an unexpected interruption. It started out simply enough. Allergies. But then, being out and around with low resistance already, I contracted a virus that severely impacted my respiratory system. Simply put, that knocked me flat and has kept me flat for a full six weeks, through four rounds of multiple medicines and I can’t even tell you how many boxes of tissues. I should have bought stock.

During this stint, two other interruptions occurred. A cap broke off a tooth that I can’t have repaired until all is well on the respiratory front, so I’m snaggle-toothed, which might be cute at six but is far from it as an adult. And a hernia developed from the coughing along the incision from last year’s surgery. That means another surgery in mid-June.

None of this has been fun or easy. I watch the work build up and the stacks on my desk get deeper and deeper and there’s been nothing I could do about it. My doc, knowing me well, ordered rest and that means I’ve been barred from the office.

As if this wasn’t enough, it served to interrupt my absolute favorite time of the year: baseball season. I haven’t seen one of the angel’s games all season. Now that’s just adding insult to injury but with allergen levels high, I’m also barred from spending time outdoors. So it is what it is.

I’ve slept a lot—in fits and starts, but we’ll take what we can get at this point. And read a little. The meds fuzzied my head, so focus just couldn’t be found. I’d read and read again and again only to not grasp what I’d read. That was frustrating. So I watched a oouple of series on TV—those with three or more seasons—and I gave in to the fact that I had to just be still and heal.

That was a major concession for me; I don’t do still. I’m a serious multi-tasker and rarely just do one thing at a time. Anyway, back to the proverbial wall, I got still and something fascinating happened.

It started out with my mind whirling on all the things I needed to do. I’d just finished rewriting Duplicity and Her Perfect Life, creating Clean Read editions of both books. My editor reviewed and my life saver, Jessica, took them from there. Being the resident mortal guardian angel she is, she got them ready for publication. With that taken care of, my mind went into still-mode.

Hubby knows being still is alien and drives me nuts, so he enlisted my opinions on relandscaping two areas in the backyard that I could view from the Florida Room windows. The darling man planted me irises. They’re my favorite flower and now there’s a profusion of them in purple and white.

I hobbled back to the recliner, tempted to give Candy Crush a run but really didn’t want the frustration of not making that next level. I had enough frustration for a time. I noticed a new neon orange journal beside my chair. I start new projects in neon orange journals—jot down ideas. But I had none—ideas, I mean. Fuzzy headed, miserable, fighting for wheeze-free air, I couldn’t think. So I dozed and hung out in that netherland between sleep and waking and just drifted.

Next thing I know, I’m seeing a woman in a wedding dress looking in the mirror. She’s standing in the bridal chamber in a church and her eyes look haunted. I’ve never seen such a sad bride. It tugged at my heart. In my head, I asked her, “What’s wrong?”

She looked at me as if she might shatter. “I’m getting married.”

“You don’t look glad about it,” I state the obvious. “Figured that from the dress. So what’s the problem?”

That got my attention. “Why?”

“I’m not in love with him.” Her eyes filled with tears. “But you don’t just dump a wounded hero who has been nothing but wonderful to you.” Her whole demeanor changed and self-loathing etched her voice. “What kind of woman does that?”

“One who is in love with another man?”

She nodded. “It’s too late. I have to just put that out of my mind. He probably doesn’t love me, anyway. I’d destroy lives, upset families and for what? Nothing.”

“So you’re going through with the wedding?”

I grabbed the orange notebook. Jotted down some notes.

“Don’t you have some sage advice for me?” she asked.

“Nope. But I am going to hang around and see what happens. You already know that marriage is hard enough when you love each other—“

“We do love each other.”

“And you’re in love with each other,” I added. “I can’t see either of you being happy long-term.” I sighed. “I hate to say it—you seem like a really nice woman. But truth is truth. You’re choosing a hard road.”

“The road chose me a long time ago. I’m just walking the path put before me.”

She turned her back to me, keeping her secrets about her meaning. But she’d said enough. I was hooked. So a new story was born.

To celebrate, I took a nap. And dreamed of a new series. Characters, setting, the premise and conflicts and even the series arcs.

The moral to this post is that sometimes life is in the interruptions. They’re inconvenient, annoying, frustrating and we have to adapt and learn to be still. But when we work at it, unexpected things happen. Creative minds take us on new journeys, and oddly enough, by nightfall, I had scribbled notes in over half of that journal.

I guess creativity lurks in stillness. That or it took mercy on me. Either way, I have four new ideas, three related stories and one stand alone. And I love them all.

← Previous Link: Prev: On Doing Any Job Next Link: Next: On Forgiveness →