Human Trafficking: What You Need to Know and Why 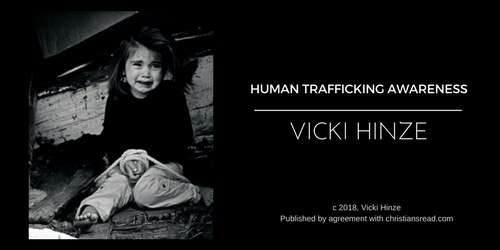 By Presidential Proclamation, our monthly observance is on Human-Trafficking and Human-Rights Abuse. I want to share a bit about human-trafficking because there’s so much on it in the news right now—and likely will be in the near future.

How bad is it?

In 2010, my husband and I went to south Texas. When we were returning home, we left very early to miss heavy traffic in Houston. If you’re familiar with that route, you know traffic governs what time many get on the road. Anyway, it was predawn. We stopped at a convenience store for gas, and I noticed a sign on the store’s front window. It was directing people who were victims of human trafficking to call this number. Or if anyone was spotted who appeared to be a victim of trafficking, you could report it to this same number.

That sign sent chills up and down my spine. That was the first mention of human-trafficking in the United States I’d seen. Until that moment in time, in my mind, trafficking was something that happened far way in distant lands. Later that morning, we stopped again, and again I saw a sign about trafficking on the store’s front window. That chill stayed with me the rest of the trip.

I decided to look into the situation and see what in the world was going on. To be honest, I had hoped to put my mind at ease. But that isn’t what happened.

I learned that trafficking happened here. A lot. That some saw it as a more profitable trade than selling drugs. Drugs, they could sell once. But people could be sold over and over and over. I read about cases where ordinary women doing ordinary things were abuducted and vanished. Lost to trafficking. Things like pumping gas, walking to their cars in shopping mall parking garages or lots, and broken down with a flat tire on the side of the highway. Everyday situations we all easily see ourselves in and could be in on any given day.

So rather than setting my mind at ease, I became more disturbed. So much so that I set aside the book I was working on and started a new one that addressed human-trafficking. If I, a news hound, had been unaware of all this, I felt certain others were unaware of it, too. We needed to change that. Deadly Ties was born. 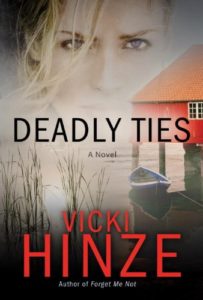 A year later, the book was released and I began hearing from readers the same shock I had experienced on discovering trafficking was happening in the United States. That there were routes where these imprisoned victims were forced to walk through the Canadian wilderness, driven along the I-10 corrider in trucks and vehicles, being moved from place to place. Some are sold for the expected purpose, but others are sold to “entertain” by fighting to the death against other imprisoned victims. Under constant death threats and intense observations, some are forced to work at outside jobs and to turn over all they earn to their captors.

In the news lately, we’re hearing more and more about children being taken (or sold) and abused, even murdered and offered as sacrifices by cults. We’re hearing stories of organs being trafficked, and all manner of evil things.

I hope that this news doesn’t shock you. That you too have seen the news articles and are aware of the atrocities being committed. Bluntly put, we are failing to protect our children, and we honestly need to do a better job for them. For all victims.

If you are shocked, I hope your reaction will be to look into trafficking. The numbers are staggering. I read an article a few days ago about about 10,000 children being missing, so be emotionally prepared for what you discover.

Here’s a little more information to help prepare you for what you’ll find. (Many thanks to Ark of Hope for Children Organization for sharing!) 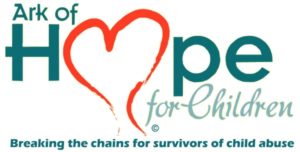 So what is the impact?

“Human trafficking has surpassed the illegal sale of arms and in the next few years, will surpass the sale of illegal drugs. Drugs are used once and they are gone. Victims of child trafficking can be used and abused over and over. Again, as a $32 billion-a-year industry, human trafficking is on the rise and it happens in all 50 states (U.S. Government). While

“4.5 Million of trafficked persons are sexually exploited, be aware that up to 300,000 Americans under 18 are lured into the commercial sex trade every year. From 14,500 – 17,500 of those victims are trafficked annually into the United States.”

There is hope. President Trump and Attorney General Jeff Sessions have invested in stopping trafficking. In the past year, there have been over 6,000 arrests. There is so much more to be done, and to aid in the effort, the President started a new program called HERO Child-Rescue Corps Program.

In this new HERO Child-Rescue Corps Program veterans with specialized skills will be working on child rescue.

The HERO Child-Rescue Corps Program is designed for wounded, injured and ill Special Operations Forces to receive training in high-tech computer forensics and law enforcement skills, to assist federal agents in the fight against online child sexual exploitation. Upon successful completion of the program HERO interns will have the knowledge, skills and experience to apply for careers with federal, state and local police agencies, and other organizations, in the field of computer forensics.

Learn more on ICE HEROS (from US Immigration and Customs Enforcement @ https://www.ice.gov/hero):

What can we do?

Too often, we think we’re just one person. What can we do? The answer is more than we think. When we set our collective minds to it, we can move mountains. We all know that. Just as individuals we know that once you become aware of a problem such as this, thoughts of it never leave you.

The process of awareness has been a long and difficult one. The idea of trafficking is so repugnant to us, so morally reprehensible, that we shun it. We have difficulty wrapping our minds, much less our hearts, around it. I know this. I too experienced it. But shunning does nothing to help the victims or to stop the abuse much less to solve the problem.

Which is why I am so grateful to our president for bringing trafficking to the foreground and declaring January an Awareness month. There are organizations dedicated to rescuing these children and they have enjoyed some success. We need to support them. There are people tirelessly working the issue. We’re grateful for them. Yet the problem is huge, and more people are needed to join in the fight.

While no one can do everything, everyone can do something. Things like these:

As I said, when we make up our minds and choose to act, we can move mountains. And I hope we will. The victims—women, men and children (boys, girls and infants)—are counting on us…

Please, read and share this article with as many as you can to increase awareness.

© 2017, Vicki Hinze. Vicki Hinze is the award-winning bestselling author of nearly thirty novels in a variety of genres including, suspense, mystery, thriller, and romantic or faith-affirming thrillers. Her latest release is The Marked Star. She holds a MFA in Creative Writing and a Ph.D. in Philosophy, Theocentric Business and Ethics. Hinze’s website: www.vickihinze.com;. Facebook;. Books;. Twitter;. Contact.; Subscribe; to Vicki’s Monthly Newsletter!

← Previous Link: Prev: Think About It --January Next Link: Next: FAIR AND FOOLISH →