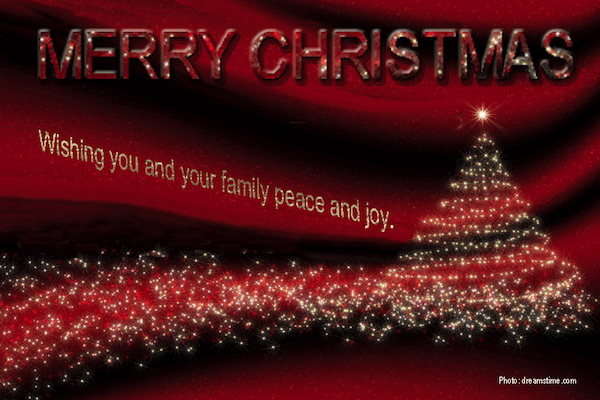 ‘Tis the season.  For too many, the meaning behind the holiday is lost.  For them, it is a time of duties—sending Christmas cards, attending school plays, buying gifts (often ones we can’t afford and often for people we’d really rather not buy for but feel we must).

It’s a time of mandatory office parties, gatherings we must attend when we’d rather be at home with our feet up watching mindless TV, singing songs that we’ve forgotten the words to because we haven’t thought of them for years much less the meaning behind them, of traveling, using our “vacation time” to visit family living at a distance, of baking and cooking and spending more time in the kitchen than we have all year.

It’s a time of duty and obligation and high stress and tension.  A time of forced company with some we’d rather not see much less interact with during a time when all we really want is peace and quiet.  Or a time when the loneliness we live with each and every day is magnified because we know most people are not alone but spending time with family and we don’t have one.

For many, this is what Christmas has come to represent.  They either play sick or do the work, go through the motions—sometimes with a good attitude, sometimes grumpy and grumbling—but they do it.  Whether alone or with family they wish blood didn’t demand they claim, they endure.

For far too many, this is what Christmas has become.  What they’ve allowed Christmas to become.

Even for those who celebrate and love the season, many are distracted by the commercialism it in.  By the war against it by those who don’t believe Jesus Christ or the celebration of His birth (where are those wars against other religion’s holy days, I wonder?).  They’re saddened that people say, “Happy Holidays” for fear of offending, when their hearts yearn to hear, “Merry Christmas” because that is indeed the holiday being celebrated.

And then there are others.  Those who believe.  Those who embrace Christmas, are still awed by the magic in it, and by the awesome power of God’s love.  They spend the season overwhelmed—whether alone or with others (including their mad-as-hatter family members)—but joyful.

They pray for the naysayers who’d like to eradicate the celebration.  They pull the kids into the kitchen with them for all that baking and create memories, decorating cookies and dabbing icing on noses.  They wrap those gifts with smiles on their faces imagining the looks on the faces of those who will open them.  They are innately joyful.   Tired to the bone.  Weary from all the extra work.  But oh-so-joyful because they believe—and they have embraced and held fast to the Christmas spirit found in the meaning of Christmas.

Love.  That’s what Christmas means.  That we—you, me, each and everyone of us—regardless of circumstance, is loved unconditionally.  And that love is so deep and so vast it can never be replicated or destroyed.  Love is.  And it is for all of us—and we know it.

Regardless of circumstance or fame or fortune, we are all loved equally by the God who loved us so much He gifted us with His son.  That’s the ultimate gift, and the very heart and soul of Christmas.

In a world of strife, it is so easy to lose our way.  To forget what we never knew or what we neglect to remember.  Faith is a muscle and it needs exercise to get or stay strong.  No one forces faith on us here.  It is our free will choice.  We choose to embrace it or ignore it or to fall somewhere in between.  And we can choose to make a different choice than we’ve made in the past at any moment on any day.  We aren’t required to live with the regret of our previous choices.

If you’ve lost Christmas and want to find it, you can do so.  Read and absorb the story of Jesus’s birth.  Let the awesomeness of this gift to each of us from God settle over you and run through you until you fully absorb it.  You’ll be richer for it, and so too will those around you.

Christmas isn’t a day.  It’s celebrated on a day, but it is really an attitude embraced that leads to a joy that surpasses understanding.  It must be experienced to be understood.

Here is the reason for the season from the Bible (New International Version, as posted on Bible Gateway).

THE BIRTH OF JESUS[1]

The Birth of Jesus

2 In those days Caesar Augustus issued a decree that a census should be taken of the entire Roman world. 2 (This was the first census that took place while[a] Quirinius was governor of Syria.) 3 And everyone went to their own town to register.

4 So Joseph also went up from the town of Nazareth in Galilee to Judea, to Bethlehem the town of David, because he belonged to the house and line of David. 5 He went there to register with Mary, who was pledged to be married to him and was expecting a child. 6 While they were there, the time came for the baby to be born, 7 and she gave birth to her firstborn, a son. She wrapped him in cloths and placed him in a manger, because there was no guest room available for them.

8 And there were shepherds living out in the fields nearby, keeping watch over their flocks at night. 9 An angel of the Lord appeared to them, and the glory of the Lord shone around them, and they were terrified. 10 But the angel said to them, “Do not be afraid. I bring you good news that will cause great joy for all the people. 11 Today in the town of David a Savior has been born to you; he is the Messiah, the Lord. 12 This will be a sign to you: You will find a baby wrapped in cloths and lying in a manger.”

13 Suddenly a great company of the heavenly host appeared with the angel, praising God and saying,

14 “Glory to God in the highest heaven,
and on earth peace to those on whom his favor rests.”

15 When the angels had left them and gone into heaven, the shepherds said to one another, “Let’s go to Bethlehem and see this thing that has happened, which the Lord has told us about.”

16 So they hurried off and found Mary and Joseph, and the baby, who was lying in the manger. 17 When they had seen him, they spread the word concerning what had been told them about this child, 18 and all who heard it were amazed at what the shepherds said to them. 19 But Mary treasured up all these things and pondered them in her heart. 20 The shepherds returned, glorifying and praising God for all the things they had heard and seen, which were just as they had been told.

21 On the eighth day, when it was time to circumcise the child, he was named Jesus, the name the angel had given him before he was conceived.

May you be blessed by it.  And when you next hear, “Merry Christmas,” may its true meaning fill your heart and bring you joy and peace.

Note:   Bible Gateway  has the entire Bible online in multiple versions for readers.  (Somewhere around twenty.)  You can also follow them on Facebook, Twitter and Google +.  My gratitude to them for their efforts and kindness in sharing.