Caution: The Person Most Harmed 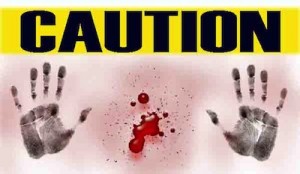 CAUTION:  The Person Most Harmed

A few days ago, an article came to my attention that disparaged multiple authors regarding reviews.   Some of these authors I know, some I do not.  I was not involved in this and I disregarded the report and its contents because I knew by the author listing that the claims made within against some of the authors were inaccurate.

Today, I received several notes about said article, and I saw disclaimers by several authors cited in the article.  So I thought this would be a good time to warn others about this and to explain why people should be circumspect when coming across such information and why they should hesitate and be clear on the facts before passing such items along to others.

The reputation of the author is impugned and the reputation of the poster is called into question.  The assertions cast a long shadow over both.  If you state something about an author, wisdom dictates that you have the evidence to back it up or to not post it.

Whether or not the authors disparaged in this situation will pursue a legal remedy, I have no idea.  But it is noteworthy that in such cases, it isn’t the author’s responsibility to prove the statements written about them are true.  It is the poster’s responsibility to defend what s/he asserts—to prove claims made are true with evidence.

So when you come across negative assertions—not just about authors, but about anyone—read what you read with a critical eye.  You’ve heard me say, “Guard your mind” a million times in my blog.  This is one way to do so.  Don’t assume because it’s said, it’s fact.  People say things which are taken out of context, misrepresented (sometimes innocently, sometimes deliberately) and sometimes people are just misunderstood or they just misunderstand.  Be aware of that—we’re all human—and know that questioning and clarification often resolve these issues.

As much as I wish I could say it resolves all issues, it doesn’t.  Not regarding the above situation but in general, people do things for a variety of reasons where they do not have pure motives.   That’s just a fact.  But that doesn’t mean that we must become one of them.

We can be more circumspect and afford others the same consideration of their reputations that we desire for our own.  Yes, there are those with impure motives.  Those who for reasons of their own require attention and if they can’t get positive attention will settle for negative attention.  Those who fear that they must knock someone on the career ladder above them down in order to move up.  That’s absurd, of course, but we all know there are people who do these things and the root cause is a fear of lack.

That there isn’t enough to go around.  That the career musical chairs will stop and they’ll be left without a seat.  That knocking that person out of a higher slot will move them up a slot and posting awful reviews on their book makes another’s look better.  We see it in what’s posted.  We know it’s there, and often we know who put it there.  And we understand the motivation has nothing to do with the person or the project in that higher slot.  It has to do with a fear of lack in the poster.

The failure in cases such as the general types I’ve mentioned are evident.  What is missed often by those perpetrating these acts is a sad commentary.  Others do notice.  They do see and grasp what is happening and are aware of it.  Many think that if they do these things under the cloak of anonymity, they are anonymous, but rarely does their identity remain anonymous.

Some authors choose to rise above addressing such actions.  To ignore and info-gather and exercise patience.  Others choose to countermand these actions immediately.  Still others build a body of evidence to the point where it is a mountain so overwhelming the person(s) who did these things… well, there’s no recovering from it.  What type of author any given one is varies as much as authors and individuals vary—and one who adopts a stance is apt to change it at any time.  In other words, you just don’t know.

And while I’ve been clear, let me baldly state, I am not speaking of genuine 1-star reviews.  All of them are not disparaging but are the reader’s sincere feelings about a book.  We all have hot-buttons, issues we don’t like and styles we don’t like.  That doesn’t make them invalid.  I’m not speaking about those reviews.  I’m speaking about the ones done for nefarious purposes.  And, unfortunately, there are many of those being posted as well.

Remember:  When an author is disparaged, it does impact his/her ability to make a living.  Many read for entertainment.  Many authors write for a living.  So when the reputation is shadowed and damaged, the impact is significant.  Sales are impacted, and that means income is impacted.  And that means far more than a reputation has been damaged.  The ability to put a roof over the head and food on the table for self and family is impacted.

Often people zap off posts not thinking through the potential consequences to others.  But we should.  We all should stop and call the question, ask ourselves what the consequences likely will be.  Apologies issued later, while perhaps still appreciated, rarely get the coverage or attention that the initial post does—apologies are less sensational.  Sad but true.  It’s also true that being sorry doesn’t repair the damage and it doesn’t fix the consequences being suffered.  Intended or not, the individuals impacted still feel those consequences.

For those reasons and more it’s vital to exercise caution.  The majority of us never wish to harm another, would never consider deliberately hurting another person.  We’ve been hurt, we know how it feels and the impact it had on us, and we’ve absolutely zero desire to do that to anyone else.

So do be cautious.  Do take the same care you’d want others to take if it were your name being disparaged, and what you hear, hear with that thought running through your mind, and this warning that not everything you read is accurate and others can be hurt just as you can be hurt.  Being hurt unjustly… that’s just not something anyone should want to do.

And for those who do want to hurt another…  I’m reminded of an old Chinese proverb I heard years ago.  It went something like: when you set out to harm another, dig two graves.  One for that person, and your own.

Everything has consequences.  Good things we do reap good consequences.  Bad things reap bad ones.  It’s the way of things, and that isn’t in dispute.

Be cautious.  The person you most harm could be yourself.

← Previous Link: Prev: The Summer is Over Blahs Next Link: Next: Lead and Follow →

END_OF_DOCUMENT_TOKEN_TO_BE_REPLACED

END_OF_DOCUMENT_TOKEN_TO_BE_REPLACED
Manage Cookie Consent
To provide the best experiences, we use technologies like cookies to store and/or access device information. Consenting to these technologies will allow us to process data such as browsing behavior or unique IDs on this site. Not consenting or withdrawing consent, may adversely affect certain features and functions.
Manage options Manage services Manage vendors Read more about these purposes
View preferences
{title} {title} {title}