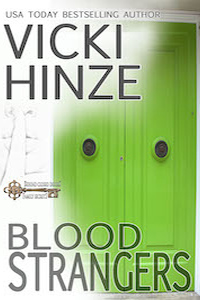 “What does go on behind closed doors?  More than you can imagine…” 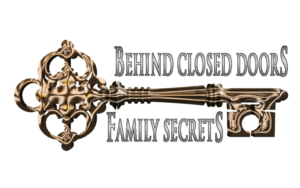 A NEW NOVEL WILL BE RELEASED EVERY WEDNESDAY IN DECEMBER 2020!

THE LIE, Book 1 by Debra Webb: Popular crime blogger Lara Franklin will stop at nothing to find the facts in a case–even putting herself in the position of the victim. When Lara submits her DNA to a genealogy site as part of an upcoming segment, she gets a lot more than she bargained for. Can she find the true facts in the biggest case of her life before it’s too late? The only thing stopping her is…THE LIE.

BLOOD STRANGERS, Book 2 by Vicki Hinze: In this heart-wrenching suspense, Gabby Blake, the estranged daughter of a single-parent father who has always kept his distance, is summoned. Her father has had a stroke and he insists Gabby help him by doing work that will cost her not only her job but her life. Yet she cannot refuse. She’s craved her father’s approval, longed to just once feel that she isn’t alone in the world and unloved. Maybe through this work they can finally bond.

Her hope is short-lived. Her father is murdered . . . and Gabby is advised to vanish. No one can protect her. Disappearing is critical to her staying alive and avoiding assassination.

Aided by an online friend, Gabby disappears and starts a new life. An unknown past rips open old wounds and family secrets that cut deeper than she believed possible—and unleashes a new betrayal from the one man in the world she had dared to trust with her life and her heart.

Even betrayed, they must continue to discover, reveal and accept secrets. They must untangle the past from the present to shield themselves from the wrath of ruthless, powerful people with secrets of their own. People determined to inflict twisted revenge and then to kill them, knowing they are Blood Strangers.

SAVAGE BEAUTY, Book 3 by Peggy Webb: It all started with the back rose named Poe’s Raven.

In a stunning novel filled with suspense, secrets and brooding evil, Clive Allistair, the patriarch of the royal family of American horticulture, reigns supreme over three generations of Allistairs, rose breeders of some of the world’s most treasured cultivars. His black rose became the standard for Allistair roses, all named for renowned literary figures or works.

But the secret of their roses will die unless Clive’s grandson Stephen takes a wife. He chooses courageous single mom Lily Perkins. Having survived a teenage pregnancy and a hard-knock life to emerge triumphant as an interior designer, she’s the perfect woman to bear his child and carry on the Allistair name.

Clive throws a lavish party for a gathering of his Gulf Coast neighbors and the horticultural elite to introduce Stephen’s fiancée and her teenage daughter, as well as his new blue rose—named for one of his favorite poets. In the fairy tale atmosphere, Lily believes her dreams of love and a stable family are about to come true…until she starts to renovate her soon-to-be-home.

What she finds behind locked doors in Allistair Manor is a chilling and deadly truth that threatens her dreams and puts everyone she loves at risk. There’s only one person Lily knows she can trust—Dr. Jack Harper, the man who has had her back since she was a child. But they’re in a race against time. Can the two them survive long enough to expose the ultimate evil of a SAVAGE BEAUTY?

DEADLY REFLECTIONS, Book 4 by Regan Black: Paige Coker is organizing a major fundraising event when the venue owner is murdered by a woman who looks exactly like her. Somehow even Paige’s DNA is at the scene, and her alibi isn’t convincing the police she’s innocent. With her future on the line, she must unravel the impossible mystery of these DEADLY REFLECTIONS.

FATAL DECEPTIONS, Book 5 by Cindy Gerard: US Army Lieutenant Mac (Samuel) McKenzie went off to Afghanistan a patriot – and came home a prisoner. Now charged of murder and facing life in prison for killing an unarmed combatant, Mac spends his days behind bars, his memory of the incident gone, his life and military career in ruins.

His wife, Rachael, begs Mac to let her help him. Defeated and unwilling to drag her into his personal hell, he shuts her out, pushes her away, and tells her to get on with her life without him. Devastated, she turns to Ian, Mac’s best friend, who has stood by their sides through this ordeal. Ian’s interest in Rachael, however, runs deeper than friendship. Can Mac’s innocence be proven before Rachael gives up and gives in to Ian, in what might be a FATAL DECEPTION?